How does the NFL College Advisory Committee work?

I wrote a post on this topic last year, but we have had many readers ask us again how the committee works, so I will reprise the article.

While I was Director of College Scouting for the Chicago Bears, I served on the College Advisory Committee for six years. The major purpose of the Committee is to give college underclassmen an idea of what their NFL value is heading into the draft.

To give you some history, for years many players left college early after hearing from agents, coaches, friends and media that they would be high-round draft picks. Many found out on draft day that that wasn’t the case and were drafted much later than they expected. The league as well as the colleges wanted to get the players proper information so that the player could make an intelligent decision as to either leave school early and enter the draft or go back to school for another year.

How does a player get evaluated? 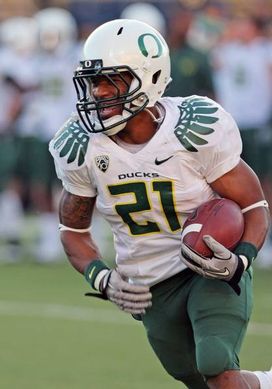 When a player wants to get an evaluation from the league, there is paperwork that has to be filled out and sent in by the college and player. The player can get this paperwork from his school's director of football operations. The league wants the schools to be involved so that the school has an idea of who may be planning on leaving early. In the past, there have been some schools that have sent in the names of most of their junior class to the league for their own purposes, but this causes a lot of unnecessary work for those on the committee and the league discourages that practice. Once the league receives the paperwork the evaluation process begins.

When is the cutoff date for a player to submit his name to the committee?

How many players get evaluated?

In the past, there have been approximately 140-150 players a year that ask for an evaluation. The average number of underclassmen who end up declaring for the draft is usually between 40 -50. Every year there are players who do not go through the league evaluation process and just enter the draft. Some of the players who do it this way end up finding out on draft day that they weren’t as highly thought of as some “experts” may have told them.

Who oversees the committee?

Who does the evaluations?

It used to be that only 7 or 8 teams did the evaluations but now every team in the NFL as well as the two Scouting Combines (National and Blesto) are involved. When the league receives the paperwork, they assign the evaluation to at least 4 different clubs as well as the two scouting combines. The league is not looking for an average grade but rather a consensus opinion. If the league does not feel they have a valid consensus, then they will have more clubs evaluate the player. The league wants to give the player the most honest opinion they can.

Is the evaluation a true indicator?

What kind of evaluation does the committee give back to the player?

When I would interview underclassmen at the Combine I would always ask them if they had submitted their name to the advisory committee for an evaluation and what grade did they get back. More often than not the player would say that the committee said “I would be drafted in the second half of the first round” or "I’d be a high 2.” Sorry guys…that’s not true. When a player gets his evaluation back it says:

When is the cutoff date to apply for the Draft?