Looking at the playoff situation, there is going to be at least one and maybe two very good teams in the NFC that are in the outside looking in. The Philadelphia Eagles just lost to Washington, a loss that may just about eliminate them for the Playoffs. Still, they mosy likely will finish 10-6, and their season will be over. Dallas is now in the driver’s seat in the NFC East but they need to win at least one more game. Tonight’s game versus Indianapolis will be difficult even though the Colts are already in.

In the NFC West, it’s still a two team race between Arizona and Seattle. The Seahawks have been hot recently while Arizona has been hurt by injuries to key people. With the two teams playing tonight, the winner will most likely win the division. The other interesting race is in the NFC North where Green Bay blew their lead in the division with their loss at Buffalo last week. That division could very well go down to next week when the Packers play the division leading Lions.

A problem I have with this year’s playoffs is in the NFC South, where the winner might have a losing or, at best, an 8-8 record. While I agree that division winners should qualify for the playoffs, I feel they also need to have a winning record. It just doesn’t seem right that a team with a 10-6 record sits home while an 8-8 or 7-9 team is in. 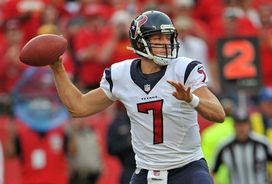 In the AFC, the interesting race is still the North division. Cincinnati, Pittsburgh and Baltimore are all still in it. The Bengals have the toughest game, facing Denver at home on Monday night. The Ravens have the easiest game, traveling to Houston where Case Keenum will be quarterbacking the Texans. Keenum has been cut twice this season, including this summer by Houston. He was brought back because of his knowledge of the offense, but don’t expect much. The most interesting game is Kansas City at Pittsburgh. Both teams are still in playoff races and the looser may well be out in the cold. Expect this game to have a playoff type atmosphere.

Watching the Chicago Bears the last few weeks has been tough duty. There is a total disconnect between the players and the coaching staff, and we can’t expect that to suddenly change for today’s game. The Bears will start Jimmy Clausen at quarterback, and when you consider that Clausen hasn’t started a game in years, the 9.5 points the Bears are getting is probably not enough. The Bears have lost three in a row by an average of 15 points, so we can’t expect them to get any closer than that with Clausen at the helm.

I’m not a big Detroit fan and they struggled with the Vikings last week, but they still need this game to stay in front of the Green Bay Packers. I look for the Lions pass rush to be almost unstoppable today making it very difficult for the Bears to even score. This game could be a blowout!

This game might well determine who wins the NFC South. New Orleans looked good last week in Chicago, but let’s be honest, the Bears quit. So using that game as a gauge of how well the Saints are playing will give you false hope. Neither of these two teams are very good, but if we go back to Week 1, Atlanta was able to win in overtime. Except for last week, the Saints defense has been horrible, so I feel Atlanta will be able to score some points. While the Saints may well win the game, I feel Atlanta will cover.

After Philly’s surprising loss to Washington last night, the Cowboys have a chance to wrap up the NFC East with a win. The Cowboys might be helped by the fact that the Colts are already in the playoffs, so the game doesn’t have as much meaning for them.

While Demarco Murray has an injured hand, he still should play and this year he has been just about the best running back in the NFL. The hand injury will take away his threat as a receiver. Dallas has been inconsistent at home all season, but with the division title on the line, I can’t see them throwing this game away. I like the Cowboys to win by at least six.