The few days between the cut to 75 and the final cut to 53 are not particularly the most pleasant days at most NFL offices.

There are veterans that have helped the club in the past and have already played their best football that may have to go. There is a promising young player that may not be ready for prime time but you know if you expose him to the waiver wire he may be claimed before you can get him on your practice squad. 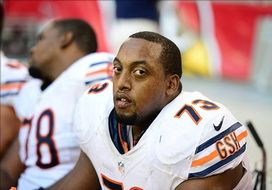 There is the final preseason game to be played and you hope that you get through that game without a top player getting hurt. You also worry about players that you plan to cut. Why? Because if they get hurt then instead of cutting them you have to put them in injured reserve and negotiate an injury settlement. When that happens, depending on the injury the club is using up valued cap space that they were hoping not to use.

There are some players that still have value to the team but do not produce to the extent of what they are paid. These players may be asked to take a pay cut but if they refuse the club is forced to cut them. Then you have the in-fighting between the personnel people and the coaching staff lobbying to keep certain players to be kept on the active roster. The scouting staff wants to keep the player with potential because they know he can help the club down the road. The coaching staff may want to keep a veteran player who can help the club now as a reserve but has no future. The coaches will trust the veteran because while he may not have as much talent as the young player, he won’t make mental mistakes when he is in a game that the young player will make. The coaches know that a mental mistake can cost a big play either for or against their club. As you can see, there is a lot going on in the days leading up to the final cut.

How a lot of this gets resolved depends on who is in charge of the 53-man roster. Who has final say? The head coach or the general manager? In many cases, when the head coach has the final say his decisions are different than if the GM has final say. Why? Because coaches know they have to win, so they often make decisions with the short term in mind. The GM on the other hand has to look at the strength of the club not only for the current season but for seasons ahead. He also has to keep the salary cap in mind.

Unfortunately, some player decisions are based on money. Clubs may never admit to that but it happens. There is a lot of behind-closed-doors lobbying going on. Scouts in the field may often make a call back to the office to try and add support for a player they like that may be on the bubble.

Another thing that is in play at cutdown time is whether or not a veteran player is a “vested vet." When a player has reached “vested veteran” status his salary for the whole season is guaranteed if he is on the roster for the first game. If he gets cut before the first game but then re-signed after the first game his salary is game to game even if it is at the same rate of his previous contract. While this isn’t good for the player, it is very good for the club especially when injuries come into play. It is a lot easier to cut a player when there is no guarantee involved. Don’t be surprised to see a number of veterans cut in the next week and then re-signed after the first game. The vets who are re-signed are not only signed by their old club but also by a new club. Watch, you will see many veterans who are cut this weekend, will go unemployed for a week or so and then signed in the next two weeks. It happens every year. There is a gamble involved because a player you want to sign but will wait on so you don’t have the guarantee gets signed by another club that needs that player now.

It’s a gamble that most clubs will take especially if they don’t have a lot of room under the cap.
While the “final cut” is this weekend, you will see that there are more roster changes in the first two weeks of the season than any other time. It can be fascinating to watch as are the reasons behind the changes.