With official cutdowns starting today and continuing through Saturday, there are going to be players who were former high draft choices getting cut around the league and many of these players will have the “bust” label attached to them. With that being said, I thought I would write about the subject because there are many factors involved in saying a player busted.

First, let’s define the word “bust.” Over the last few years I have always defined a bust as a player who does not play up to the level expected from where he was drafted. In saying that, it can be a lot easier for a player drafted in the top 5 to be a bust than it is for a player taken in the bottom 5 of the first round. Much more is expected of a top 5 player since he is supposedly one of the elite players in his class.

Busts aren’t just players who fail that were first-round picks but also players who were former second- and third-round picks. After the third round I feel it’s almost impossible to label a player who didn’t work out as a bust.

What is the primary reason a player busts? I’m going to say in most instances, he lacks football character. He lacks a passion for the game and the willingness to do all it takes to be great. If a player is playing for the money and not the love of the game he won’t succeed. The game is far too tough to be playing at a high level without passion. 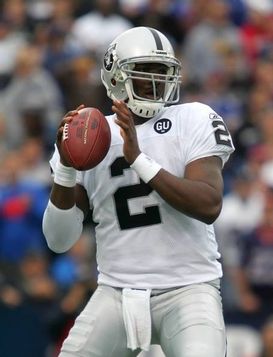 ICONJaMarcus Russell had a questionable work ethic before even arriving in Oakland.

One of the biggest busts in the last 10 years has been JaMarcus Russell, who the Raiders took with the first overall pick in the 2007 draft. Russell is the poster child for a player who lacks outstanding football character. When he was supposed to be preparing for the combine and his pro day in Phoenix he was out partying instead of working out. He showed up at the combine at least 20 pounds overweight and didn’t even look like a football player. When he failed to play well with the Raiders it came as no surprise to many in the scouting community who had done a lot of research on him.</p>

A component of football character that gets overlooked is instincts. A player has to have the natural instincts to play the game. In the 2006 draft, the Rams took defensive back Tye Hill from Clemson with the 15th pick in the first round. Hill was an outstanding athlete with exceptional speed but he had poor hands and lacked good instincts. He struggled to find the ball once it was in the air. Because of his natural athleticism he was given many opportunities to succeed but without top instincts, he couldn’t get the job done. Hill ended up playing less than five full seasons in the league and was with four different clubs during that five-year period.

There are some cases when a team drafts a player to play in a certain scheme. In short, he’s a fit for what that club does either offensively or defensively. A year or two into the player’s career, the scheme changes because of coaching changes and he is no longer a fit. While he had the chance of being a “player” in the original scheme, he no longer has that same chance. Is he a “bust?” You could say yes because he no longer can play at a high level in the new scheme but at the same time, it’s another circumstance that the player had no control over. The best thing for the club to do is try to trade the player and get something in return for their original investment.

Injury can be a factor that hinders a player from playing to the level that was expected of him. In cases like this I don’t feel calling the player a “bust” is fair. If the player sustains a serious injury and because of that injury he can no longer play to the level expected than it’s a circumstance, an unfortunate circumstance, but still a circumstance. It’s not the player’s fault he got the injury. Now if a club drafts a player with a history of injury problems and that player doesn’t succeed, it’s now the club’s fault for drafting him high in the first place. 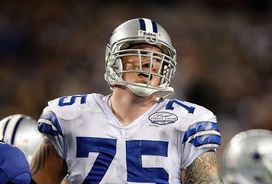 In the 2002 draft, my first draft with the Chicago Bears, we drafted tackle Marc Colombo from Boston College in the first round. He became a starter in his rookie year but in a late-season game he suffered a horrific knee injury. He missed the rest of the 2002 season and all of the 2003 season before coming back late in the 2004 season. He was not the same player when he was finally able to come back and was released. By using the definition of not playing up to expectations, some could say that Colombo was a bust, but if the truth be known he was the furthest thing from a bust.

After his injury, doctors told Colombo that he would never play again but his will and passion for the game were so strong that after years of rehab he was able to make it back to the game. After he was released by the Bears he was signed by Dallas and had a successful 5-year career there. He is now with the Dolphins. If Colombo had believed what the doctors told him he would have been done with football in 2003 but because of his will and determination he was able to make a comeback and have a good career. If I could draft 4-5 players every year that have the football character of Marc Colombo, I guarantee you that team would be a winner.