You want to be a scout?

While working for the Bears the last nine years as Director of College Scouting, I would receive more than 125 resumes a year from people wanting to become scouts. Most think it is a very glamorous job. But let me tell you, it isn’t.

Scouting can be a very rewarding experience, especially if the team you work for drafts a few players from your area. Then you know that the powers that be bought into your evaluation and recommendation. It can be even more rewarding if those players turn out to be good NFL players. The only real glamour is being part of the team in each year’s draft room helping to make decisions that can help shape the future of the franchise.

The work leading up to that weekend is hardly glamorous. It takes a very special person to become a top-notch scout in the NFL. I was surrounded by six of the best in Chicago. It was an extremely hardworking group and the scouts were very dedicated to the work they did.

Scouts sacrifice a lot. They have to be very self-motivated and independent thinkers. They have to have outstanding time-management skills because too often they have more work than can be done in an average day. 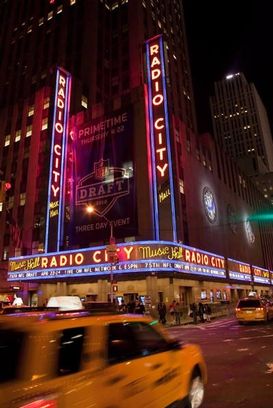 ICONAll the hard work pays off when one of your guys gets drafted at Radio City Music Hall during the NFL Draft.

They spend an inordinate amount of time on the road away from their families. Over the last 26 years, there were many times that I spent well over 200 nights a year on the road. Because of the dedication you have to have for your job, you end up missing a lot at home. You miss some of your kids’ sporting events or school plays. You might miss your baby’s first steps.

I missed the birth of my first child because I couldn’t get home fast enough to be there. I arrived at the hospital two hours after my daughter was born. That’s not something you can make up for. You have to be married to a very special and understanding person because all too often she is playing both mom and dad with the kids much of the year.

Being on the road can be both fun and lonely. In a typical week, you may visit three or four schools and see a game. A typical road trip can last 10–17 days during the fall. You are up early and at a school usually by 6:30 or 7:00 a.m. At some schools you may be the only scout there that day; there can also be days when 15–20 scouts are there. Those are the hard days, because the more scouts that are there, the harder it is to get your work done. I would usually try to get in a room by myself or with just a few scouts that I knew I could work with. There are many guys who like to sit and BS, and if you get caught in a room with one of them it’s extremely frustrating because the more noise there is the harder it is to concentrate.

Good scouts need to spend many days during the course of the season at their key schools. They need to develop strong relationships with the key people that can help them with their evaluations. Many of these key people are not on the coaching or training staff, but rather support people (academic advisors, secretaries, maintenance staff) who come in contact with the players on a daily basis. It is these people that really know the player.

You need to know as much about the player off the field as you do on the field.

After you get your work done at one school, it’s on to the next. That may mean a two to four hour drive. You get in late, and you still have to get your reports done. And that is the most important thing that a scout does — put into a report what he sees and hears at a school. When you’re done with your reports, you get a few hours of sleep and then the same thing the next day. That can often mean poor eating habits and not enough time to work out.

I have only begun to scratch the surface of what a scout does. So for those of you who want to try and make a career at this, think hard — because it isn’t easy. And one last thing: you better be right with your evaluations!