The hot medical topic from last week was the filing of a new class action lawsuit by retired NFL players. They allege the NFL promoted a painkilling drug culture to force athletes back onto the field. This legal action does beg the obvious question: How much do team officials pressure medical staffs to push players back onto the field?

In my 17 years as an NFL team physician, I never felt pressured by owners, general managers or coaches to push injured players to an early return. There certainly was self-imposed pressure to do the right thing and try to get players healthy as soon as possible. I can’t speak as to every team physician, but I can tell you I have yet to run across a colleague that felt otherwise.

The only external pressure I experienced came from the players themselves. Universally, players wanted to find ways to get back on the field as soon as possible. I have the utmost respect for players and felt it was my job to help them achieve their goals. Let me provide some background with an example that has been reported in the public forum.

The Chargers defeated the Colts in the 2008 divisional round of the playoffs, but quarterback Philip Rivers tore his ACL and his meniscus. Rivers was adamant about playing in the AFC Championship game the following Sunday. I made it very clear to him that the best thing for his knee and his career was to have surgery and sit out.

Even after the risks were explained, Rivers was insistent on having surgery to take care of his meniscus so that he could play in a brace later that week. Rivers, head coach Norv Turner, the head athletic trainer and I met to make a final decision. Turner explicitly told Rivers not to worry about playing, to take care of himself and that we would be fine with backup Billy Volek. Despite the recommendations to sit out, Rivers was clear that he accepted the risks and still wanted to have surgery and try to play six days later.

With full understanding of the medical issues, Rivers decided to proceed. He played well in a brace six days after his knee surgery in what has been called one of the Top-10 gutsiest performances, but the Chargers lost. Rivers then had definitive ACL surgery and didn’t miss any time the following season on his way to a career and league-high passer rating (105.5).

This was the only AFC Championship game the Chargers made it to in my 17 years. If ever there were a time to receive pressure from above to push players back onto the field, it would have been for a chance to go to the Super Bowl.

The following sections will go thru some of the misconceptions that I have heard in the days following the filing of the new player lawsuit. I have not read the 85-page lawsuit and I am not an attorney. I respect all NFL athletes, consider many players my friends and am not taking sides on the legal issues. Of course, I can only rely on my experience and understanding. I do not claim to have all-inclusive knowledge of every team or their historical actions. I am simply trying to provide some insider prospective while correcting some misperceptions.

MMMD 1: Team physicians are not full-time employees of the club

The impression last week was that team physicians have an inherent conflict as they are beholden to the clubs that employee them. The fact is that most team physicians are not even employees of the team.

All team physicians have primary jobs that do not involve their NFL team. Most are independent contractors that consult and work with the team on a part-time basis.

The primary livelihood of team physicians is universally derived outside of football. Many have prestigious university professorships. Others have busy private practices. Most have earned the team job through their top reputations.

It is a fallacy to assume that team physicians are somehow completely beholden to team owners or management.

MMMD 2: Pain pills were not passed out without proper records

Contrary to the impression of teams passing out painkillers at will on plane rides home, all pills were accounted for. In the past, medical personnel might administer a single pill after games, but that distribution was always recorded. Due to DEA laws, teams can’t even travel with narcotic medications any more.

During my time (1997-2013), teams were audited and every pill was accounted for. I can’t speak to the past, but careful records were always kept to my knowledge.

When pain meds were needed, they were given sparingly. My routine was to prescribe only ten pills at a time in order to keep close tabs when narcotics were indicated. We all were keenly aware of the potential for abuse.

On one occasion, a player of ours was found to be in possession of 100 Vicodin pills. Those painkillers were not given to him by the team medical staff. He got them from other sources.

MMMD 3: Medication prescribed that was pulled from the market

Some players criticized the fact that a dangerous drug was utilized in the league. It is true that NFL team physicians prescribed a non-steroidal anti-inflammatory drug (NSAID) called Vioxx that was later pulled from the market by the manufacturer. It was popular for its effectiveness against pain and lower potential for side effects like bleeding.

Vioxx was introduced in 1999 and had over 100 million prescriptions worldwide. At the time of its manufacturer recall in 2004, two million patients were taking the arthritis medication. Despite its effectiveness, it was implicated in increasing the rate of heart attacks and strokes in older patients.

I am not aware of any cardiovascular issues in any NFL player that took Vioxx. As soon as it was recalled, physicians stopped prescribing it. Like all physicians, team doctors were caught off guard by the recall of this FDA approved medication.

Vioxx was the NSAID of choice among many players. Several even asked me how they could get it after the recall. Obviously, it was no longer available. Some players even hoarded what Vioxx they had left.

The claim that doctors prescribed a medicine that was later recalled is true. However, once recalled, I am not aware of its subsequent prescription.

MMMD 4: Medical staffs don’t and can’t speak to tell their side of story

Confidentiality has long been a pillar of medical care, even before the Health Insurance Portability and Accountability Act (HIPAA) came into law in 1996. Medical professionals are prevented from publically sharing health information about players.

When a controversy arises, only one side of the story is presented as medical personnel are not allowed to speak up. This creates the impression of wrongdoing and factual errors are not cleared up. 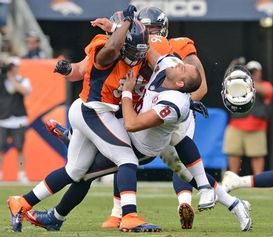 Schaub suffered an ear injury after this brutal hit against the Broncos.

Often the real story is misinterpreted. This is one of the main purposes of this column: To provide untold behind the scenes medical insight from an insider’s perspective. The hope is to e xplain what might be happening when medical staffs are prevented from talking.

An ESPN analyst recently spoke on the topic of conflict of interest regarding team doctors by citing the return of then-Texans quarterback Matt Schaub back to a game with a concussion without proper evaluation or missing time.

The reality is that Schaub never had a concussion. He injured his ear when his helmet came off. He passed all concussion tests during and after the game and never had any concussion symptoms. The team medical staff was never able to address what they saw and did to protect Schaub. Fans were left with the wrong impression.

MMMD 5: Lack of prescriptions is a red herring

In the NFL, players do not wait in line at the local pharmacy to pick up their medications. Medicine is either delivered or dispensed from an on-site pharmacy. There is no need for players to be handed a traditional prescription. Records are carefully documented. Any medications carried on-site are locked in secure areas and carefully audited down to the pill.

Just because players aren’t handed the physical prescriptions, like patients in the public, does not mean there was anything improper or illegal.

MMMD 6: Medical records are only required to be kept for seven years

Three Chicago Bears players from the heralded 1985 Super Bowl Championship team are named plaintiffs in the new class action lawsuit. The issue of medical records or lack thereof has arisen on ESPN and the implication of teams hiding or destroying records was made.

The fact is that most laws only require keeping a patient’s medical records for seven years. It doesn’t surprise me that some of the records for players from over 25 years ago are no longer available. If indeed old records are not available, there may not be anything nefarious or unusual about that. Following the law, the records need only to be stored for seven years. 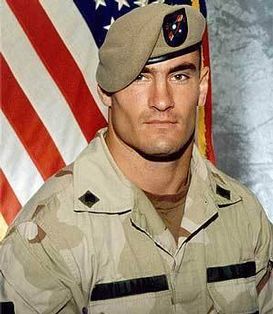 On this Memorial Day, I feel it necessary to recognize the sacrifices of our nation’s military men and women.

It was ten years ago that Pat Tillman died in Afghanistan as an Army Ranger. He enlisted with his brother Kevin in the aftermath of 9/11.

Pat gave up a career with the Arizona Cardinals. Kevin had signed to play baseball with the Cleveland Indians. Their sacrifice and that of all military personnel and families should be remembered today.

As Patriots tight end Rob Gronkowski and Broncos linebacker Von Miller approach the five-month mark post surgery, we continue to chronicle their hypothetical ACL recovery. This week marks the first potential time we get to see them with teammates on the field.

Most teams, including the Patriots and Broncos, will begin their ten allowed organized team activities (OTA) this week. These practices will have team drills with both offense and defense on the field for the first time, but no live contact.

Since the three-month mark, Gronkowski and Miller have likely been gradually transitioned to more and more on-field work. What they are allowed to do in OTAs will give us a good sneak peek at their progress.

Undoubtedly, neither player will be full participation. How much they do with the team drills or how much they work on the side will be a first glimpse into their recovery timetable. If a player does nothing with the team during OTAs, that might be an ominous sign for return by the start of the season.