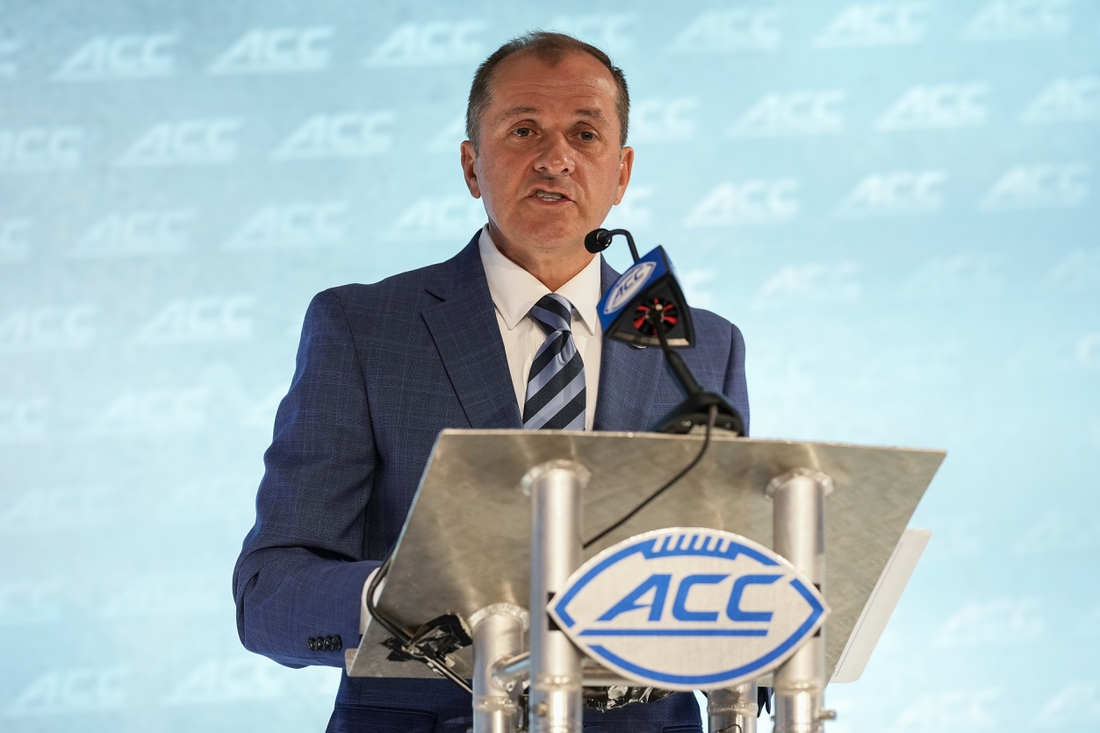 The ACC, Big Ten and Pac-12 cemented their athletics alliance Tuesday, announcing their plan to have 41 universities work together on elements from scheduling to the well-being of student-athletes amid a time of upheaval in college sports.

This summer has seen laws take effect that allow student-athletes to benefit from their name, image and likeness, as well as the departure of Texas and Oklahoma from the Big 12 to the Southeastern Conference.

“There is turbulence right now in college athletics. There are things we need to address,” said Kevin Warren, the commissioner of the Big Ten, at a virtual news conference. “We need to have strong leadership. We need to work together.”

Under the deal, the three conferences will increase interconference scheduling among themselves for football and men’s and women’s basketball while honoring existing contracts.

There isn’t a legal contract between the conferences. In effect, it is a gentleman’s agreement between Warren, Pac-12 commissioner George Kliavkoff and ACC commissioner Jim Phillips.

“There is no signed document, and there doesn’t need to be,” Kliavkoff said. “There is a commitment from three commissioners and 41 presidents and athletics directors.”

Combined, the three conferences have more than 27,000 student-athletes competing on 863 teams in 31 sports.