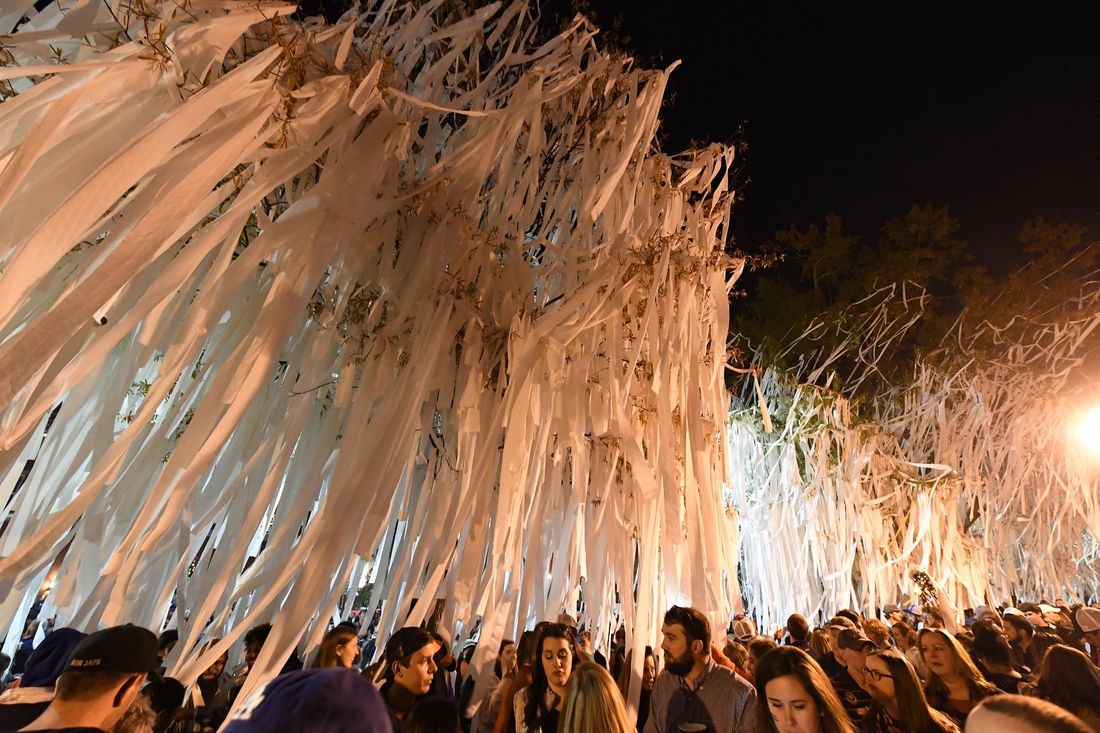 Harvey Updyke, the Alabama football fan who infamously poisoned the iconic oak trees at Toomer’s Corner in Auburn in 2010, died Thursday at the age of 71, AL.com reported.

Updyke’s son Bear told the outlet that Harvey Updyke died on natural causes in Louisiana, where he had been living.

In 2011, a man called into sports talk radio show “The Paul Finebaum Show” claiming he had poisoned the oak trees at Toomer’s Corner — trees which Auburn students would famously toilet paper after the football team would win.

The caller said he poisoned the trees after the Tigers’ 2010 win over Alabama in the Iron Bowl. The man told Finebaum of the trees, “They’re not dead yet, but they definitely will die,” before famously ending the call with Finebaum with the line, “Roll Damn Tide!”

Analysis of the soil around the trees confirmed the existence of the poison, and the trees would be unable to recover. They eventually were removed and replaced.

Authorities ultimately tracked down Updyke — a former Texas state trooper — and he pleaded guilty in 2013 to a felony charge of criminal damage of an agricultural facility. He wound up spending more than two months in jail.