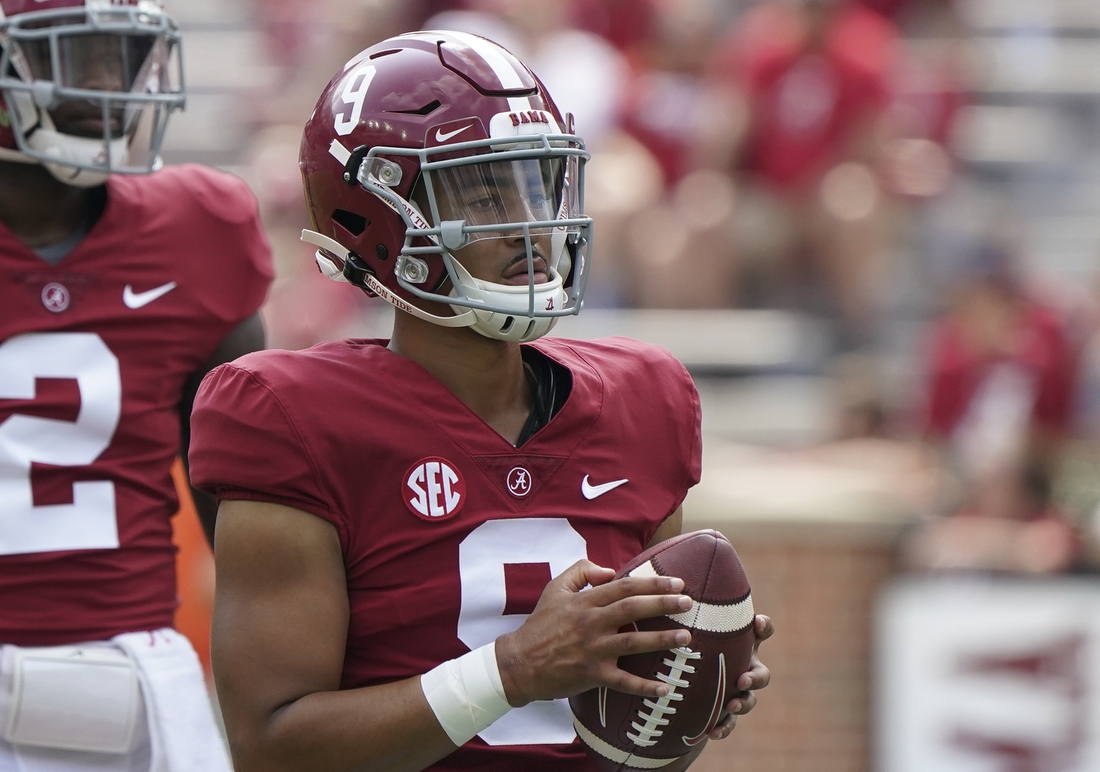 Week 3 in college football features a top-notch SEC battle between Alabama and Florida, while other top teams face some pretty big spreads.

The top ranked Crimson Tide get their first real test of the season this week when they travel to the swamp to face the Gators. Alabama has won 16 straight with an 11-5 record against the spread. They did let down bettors last week in a 48-14 win over Mercer as a 54-point favorite.

Last season Alabama defeated Florida 52-46 as a 16-point favorite. That was the Crimson Tide’s seventh straight in versus the Gators during which they’re 5-2 ATS.

[ See the latest line, the juiciest bonus and best offers at FanDuel Sportsbook ]

The Bulldogs are 2-0 SU and ATS on the season after crushing UAB 56-7 as a 22.5-point favorite last week. That was their sixth straight win during which they’re 4-2 ATS. When favored by 30-plus points the Bulldogs have won 27 straight at 8-19 ATS, including a 2-7 ATS mark in their last nine.

South Carolina has started the season strong at 2-0 SU and ATS which snapped a six-game losing streak. On the road the Gamecocks are 3-9 SU and 6-6 ATS in their last 12 games.

Last season Georgia topped South Carolina 45-16 as a 22-point road favorite. The Bulldogs are 5-1 SU and 4-2 ATS in their last six versus the Gamecocks, but at home they’re 2-6 ATS in their last eight matchups.

The Buckeyes will try to bounce back from an upset loss to the Oregon Ducks last week. Ohio State was a 14.5-point favorite in the 35-28 loss. That defeat snapped the Buckeyes 22-game winning streak during which they were 11-11 ATS. At home Ohio State is now a money-losing 1-4 ATS in their last five.

Tulsa posted an ATS win last week as an 11.5-point underdog in a 28-23 loss against Oklahoma State. Including that game, Tulsa has won 11 straight road games ATS. Against opponents from the Big Ten the Golden Hurricane have lost their last five games at 1-4 ATS.

Read our sportsbook reviews to find your best place to bet in your state – our top new sponsors are FanDuel and Draft Kings, both official betting sponsors of the NFL!