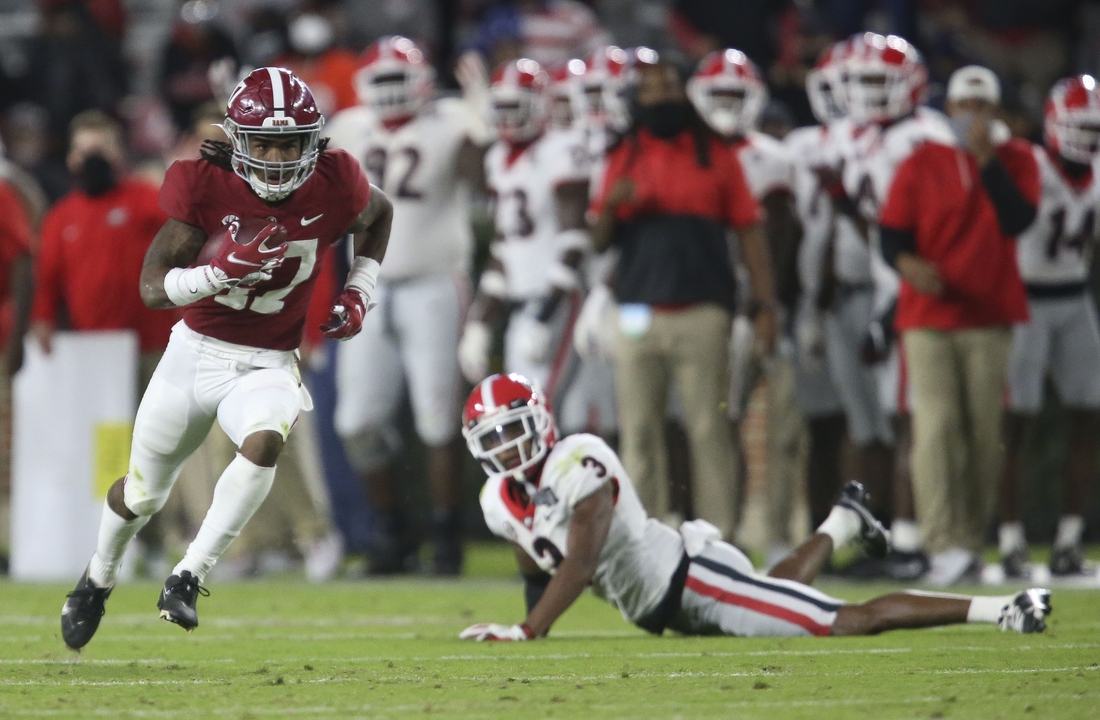 Alabama junior wide receiver Jaylen Waddle continues to practice and will be a game-time decision for the national championship game on Monday.

Waddle is returning to the field after suffering an ankle injury on Oct. 24 against Tennessee.

Saban said Thursday there is a chance Waddle plays against Ohio State on Monday but his status is “up in the air.”

Waddle was fitted with a cast and then a walking boot due to the nature of his ankle injury, which included a sprain and fracture.

Saban said Waddle began running on a treadmill in early December, and at that point Alabama began to consider allowing Waddle to play in the postseason.

A preseason All-American, Waddle had 25 receptions for 557 yards with four touchdowns in the first four games of the season. Waddle also serves as a return specialist.

He tallied at least 120 receiving yards in each of the first four games this season.