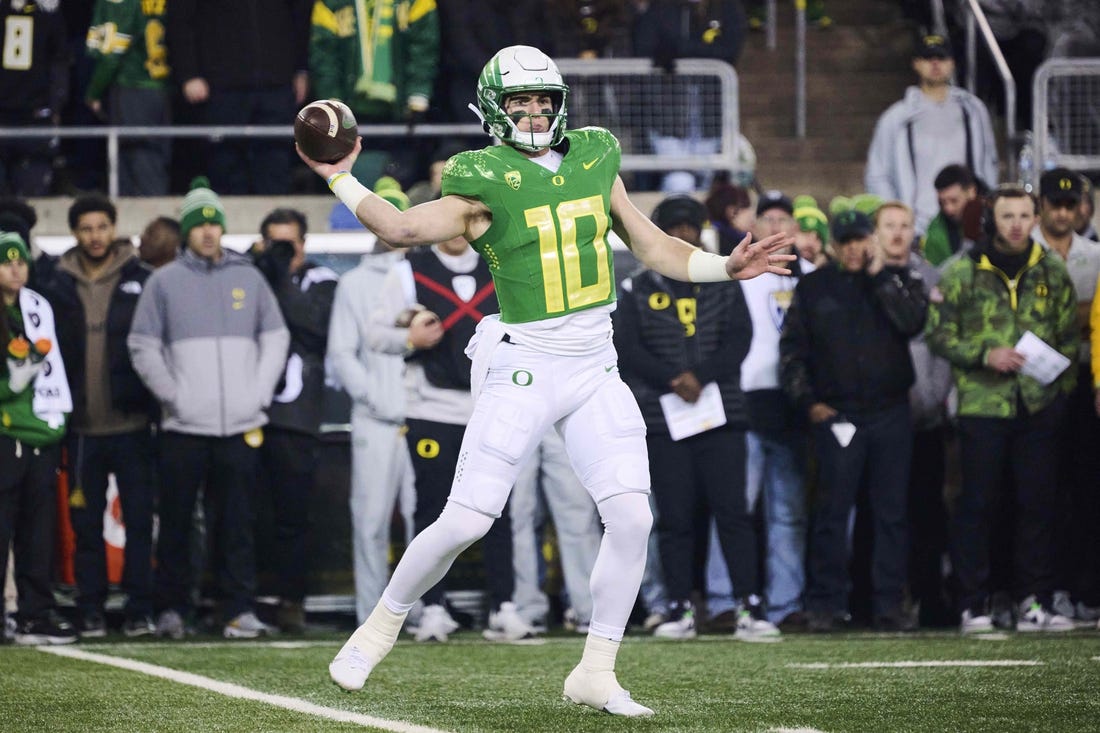 Lanning said Nix would continue to undergo treatment on his injured right foot and be evaluated on a daily basis.

Nix played in the No. 9 Ducks’ 20-17 victory against Utah last Saturday, though he barely practiced during the week. He completed 25 of 37 passes for 287 yards and one touchdown with one interception.

“We’ll see,” Lanning said of Nix’s availability for the regular-season finale. “We have a great medical staff, they do a good job. Bo understands, playing the game for a long time, he understands the way his body feels. Obviously he was able to go out there on Saturday, but we keep evaluating as we get closer to each game.”

The Ducks (9-2, 7-1 Pac-12) can clinch a berth in the conference title game against No. 6 Southern California and keep alive their slim hopes for a spot in the College Football Playoff with a victory against the No. 21 Beavers (8-3, 5-3).

“We have a lot of tough kids,” said Lanning, who declined to discuss the status of those three players. “It’s that time of year when you’re banged up and you’re hurting and it’s not Week 1 anymore. We have a lot of guys that are banged up.”

Beavers coach Jonathan Smith announced that quarterback Ben Gulbranson, who has started the past six games and gone 5-1 with Chance Nolan sidelined due to a neck injury, would remain the starter for the remainder of the season.

Gulbranson has thrown for 1,005 yards and eight TDs with just one interception since taking over. His lone loss was a 24-21 setback at Washington, which is now ranked No. 13.

Gulbranson completed 15 of 21 passes for 188 yards and a touchdown in a 31-7 victory last Saturday at Arizona State.

“He’s gotten better each week,” Smith said of Gulbranson. “Competition is healthy, so whenever Chance gets healthy again, or next year even, Ben’s gonna have to compete.”

Freshman running back Damien Martinez rushed for 138 yards and two touchdowns against the Sun Devils, his fifth consecutive game with more than 100 yards on the ground. That’s the longest streak by a Beavers player since Steven Jackson had a six-game stretch in 2003.

“He won’t go down easy,” Smith said of Martinez. “He’s getting to the line, guys are starting to hang, he’s making guys miss, he’s pushing the pile, he’s finishing runs.”

While Smith was reluctant to talk about the Oregon game until this week, his players have shown no such reservations.

“I’ve been thinking about the Ducks (since) before the season,” Oregon State linebacker Easton Mascarenas-Arnold said. “We’re ready for that.”