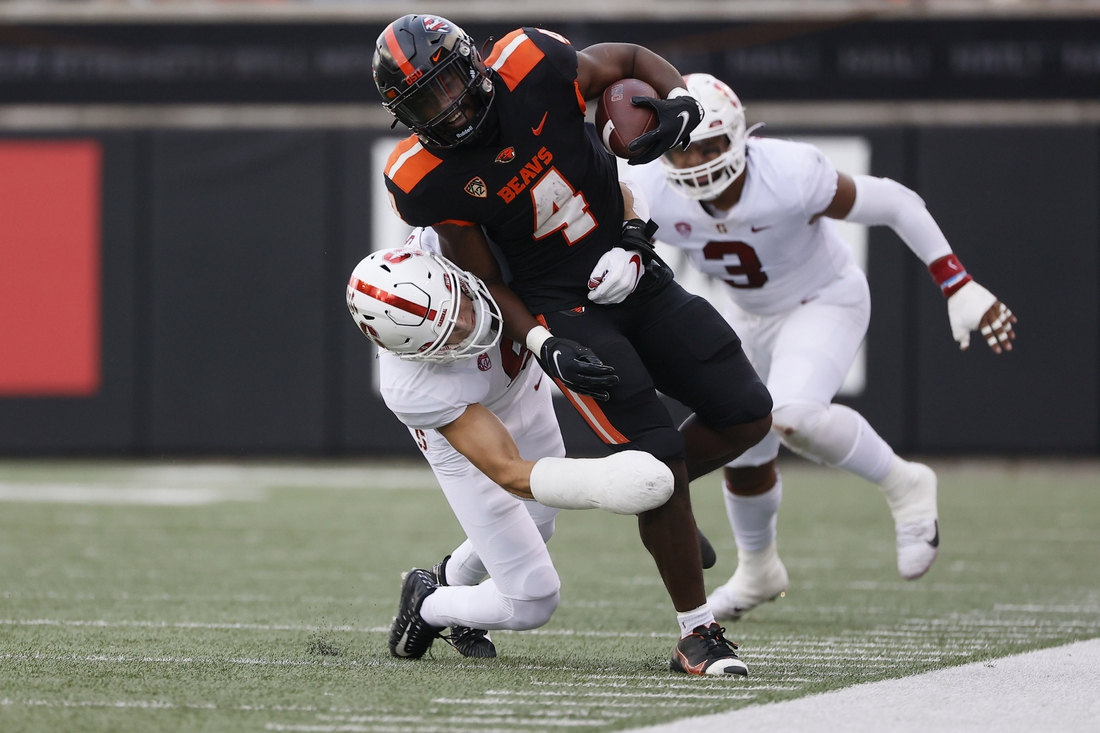 The last time Oregon State went to a bowl game, it was the Hawaii Bowl against Boise State in 2013. The Beavers won that game 38-23 to cap a 7-6 season.

Ari Patu threw for 51 yards and one TD, and Nathaniel Peat scored on an 18-yard run for the Cardinal (3-7, 2-6), which dropped its fifth straight this season and saw an 11-game winning streak against Oregon State end.

Colletto made it 14-0 before halftime, and when Nolan connected with Trevon Bradford for a 67-yard TD on the Beavers’ first possession of the second half, the rout was on.

Baylor ran in from 6 yards out late in the third period, and Teagan Quitoriano capped Oregon State’s scoring on a 5-yard connection with Nolan early in the fourth period.

Nolan finished 19-for-25 for 257 yards without an interception. Bradford finished with 80 yards on three catches.

Starting in place of injured Tanner McKee, Patu went 7-for-14 for his 51 yards with one interception. He had attempted just two passes in Stanford’s first nine games.

Benjamin Yurosek got Stanford on the board in the third quarter with an 8-yard TD pass from Patu.

Isaiah Sanders was the Cardinal’s leading rusher with 37 yards on nine carries, while Michael Wilson was the top pass-catcher with five receptions for 50 yards.

Oregon State outgained Stanford 475 to 230 and committed no turnovers. The Cardinal threw two interceptions and lost one fumble.