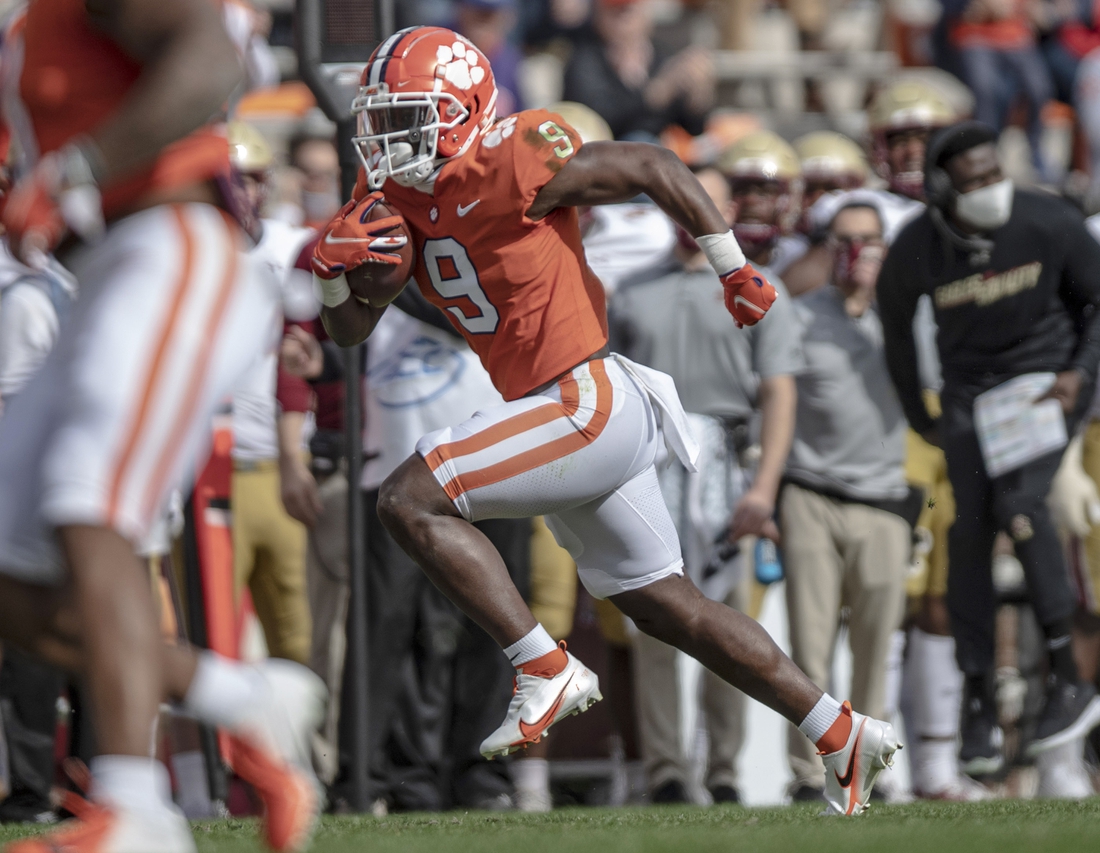 Etienne ran for 16 yards on the final play of the third quarter against Boston College, giving him 4,612 rushing yards for his career.

A 5-foot-10 senior from Jennings, La., Etienne set the mark on his 616th career carry for the Tigers — an average of nearly 7.5 yards per carry.

He ran for more than 1,600 yards each of the past two seasons and was named ACC Player of the Year both years.