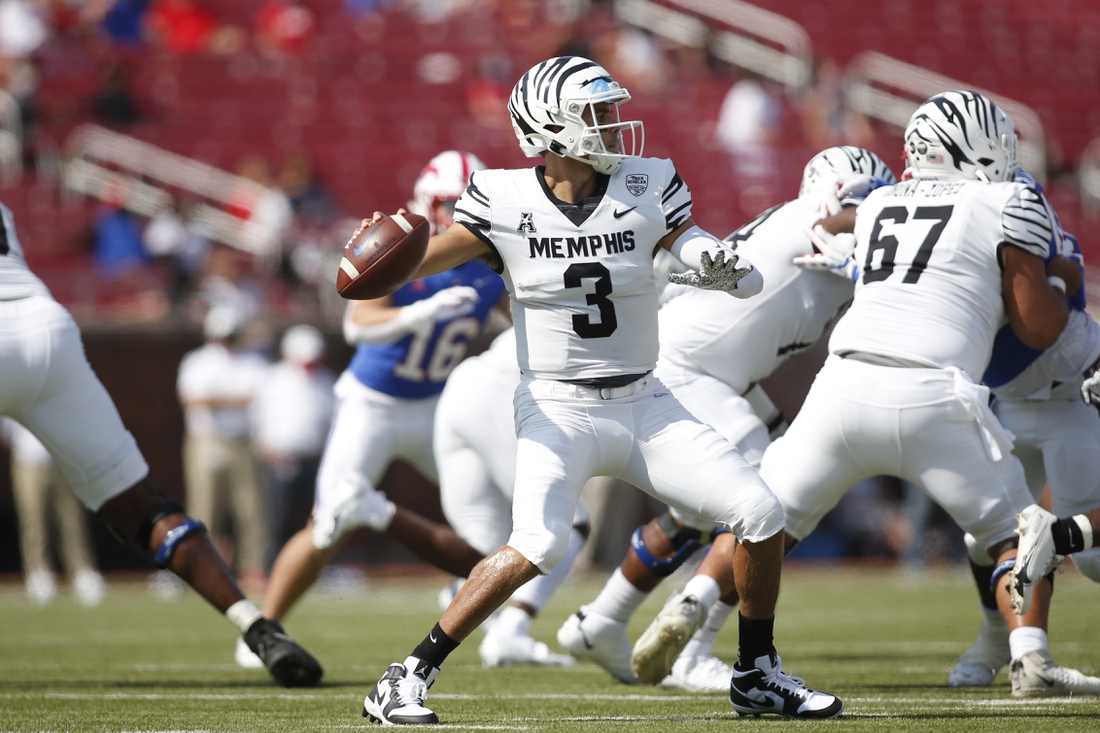 Both teams have had dramatic finishes, especially last week.

The defending AAC champion Tigers (2-1, 1-1) had the biggest comeback in school history when they overcame a 21-point deficit to defeat visiting UCF 50-49 last Saturday.

“I don’t want to keep coming back from behind like that all the time,” Memphis coach Ryan Silverfield said. “We’re happy with the results, but we’re not where we need to be.”

“Two two-point games,” Silverfield said. “I kind of know what that’s like.”

Brady White passed for a school-record 486 yards and a career-high six touchdowns against UCF without throwing an interception. He also drove Memphis 85 yards to a go-ahead touchdown with 1:08 left.

“That performance said he’s the real deal,” Silverfield said. “He knows this is his team. That was one of the best games I’ve seen a quarterback perform live.”

That alone wasn’t enough to secure the record comeback because UCF was able to try a 40-yard field goal with 19 seconds left, but Daniel Obarski missed.

The Tigers lost leading receiver Damonte Coxie in the middle of last week when he decided to opt out of the rest season to get ready for the NFL draft.

“I’m so proud that so many of those receivers stepped up,” Silverfield said. “It speaks to the character of those young men.”

The Owls have provided plenty of drama in both of their games.

Temple trailed South Florida by 11 points late in the third quarter before rallying and ultimately withstanding a Bulls two-point-conversion attempt with 63 seconds left.

“This team hangs in there,” Temple coach Rod Carey said. “They don’t flinch.”

A two-point conversion was key in the Owls’ first game also as they failed on one with 62 seconds left in the loss to Navy.

“It’s wild,” Carey said. “Winning is hard, period. Our offense is moving the ball and getting it into the end zone.”

Temple made just enough plays down the stretch to prevail against South Florida. Quarterback Anthony Russo said it was “big” for the Owls to come through and “get some mojo on our side.”

Temple has an opportunity to present itself as a contender for the AAC title if it can knock off the defending champs. The comeback against South Florida showed the Owls shouldn’t be counted out.

The Owls held off the Tigers 30-28 last season in Philadelphia. That was Memphis’ only regular-season loss.