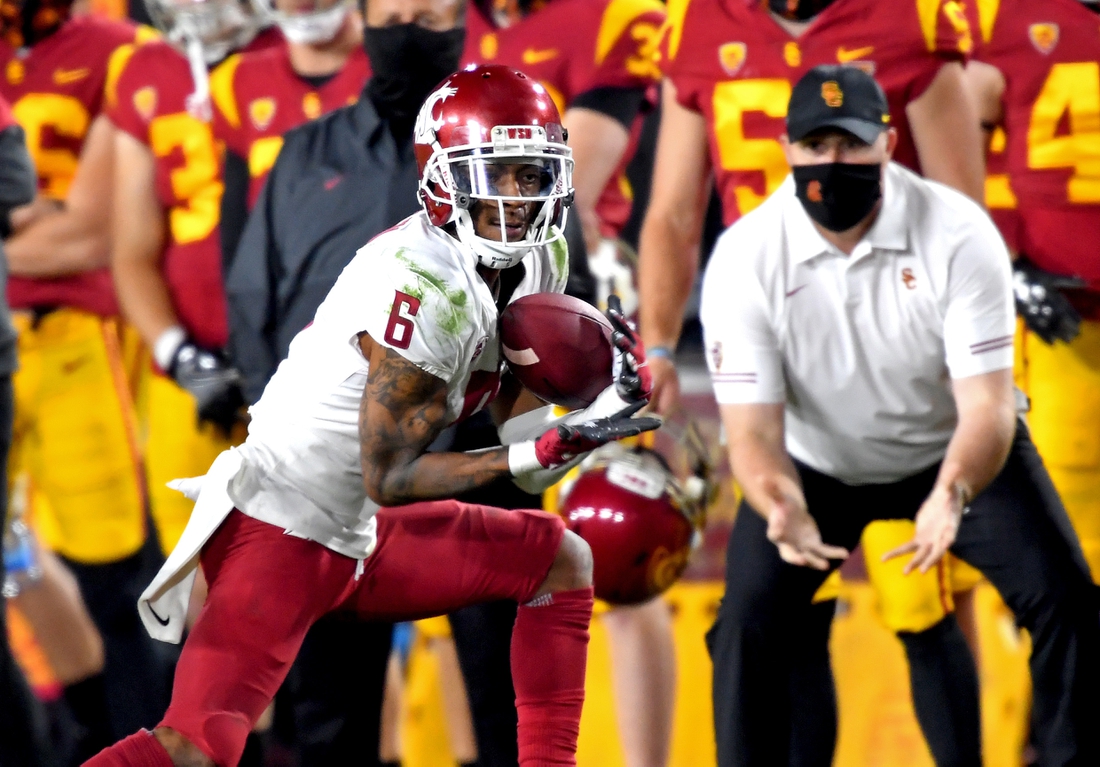 After Washington State’s game last weekend against California was called off 90 minutes before kickoff because of coronavirus concerns among the visiting Golden Bears, Cougars athletic director Pat Chun said, “this is 2020 football in a nutshell right now.”

When the Cougars (1-2) travel to Utah (2-2) to play a Pac-12 cross-divisional game Saturday in the both squads’ regular-season finale, it will be only their second game since Nov. 14, as three of the past four have been canceled. That includes the Apple Cup rivalry against Washington.

Even if the Cougars are invited to a bowl game, first-year coach Nick Rolovich said his team will be heading home for the holidays instead of another game.

Cougars running back Max Borghi, a preseason all-conference selection, could make his season debut after missing the first three games with an undisclosed back injury. Deon McIntosh, a transfer from Notre Dame, has rushed for 304 yards over those three games in Borghi’s absence.

WSU quarterback Jayden de Laura has completed 60.4 percent of his passes, with four touchdowns and three interceptions. He was picked off twice in the Cougars’ most recent game, a 38-13 loss at USC on Dec. 6.

The Utes, who had their first two games of the season canceled by COVID-19 and blew a 21-point halftime lead in a 24-21 loss at Washington on Nov. 28, have won two in a row, including 38-21 last week at Colorado. The Utes knocked the previously unbeaten Buffaloes out of the Pac-12 title race.

Freshman Ty Jordan rushed for 147 yards and two touchdowns and Jake Bentley threw for 240 yards and two scores. The Utes scored 28 unanswered points in the second half.

“They hung in there and fought their way out of a tough spot,” Utah coach Kyle Whittingham said. “They never flinched.”

The Utes also had to deal with a 6:30 a.m. fire alarm the morning of the game at the team hotel.

“I didn’t know if Britain (Covey) set off the fire alarm trying to make his morning coffee,” Bentley joked of the Utes’ wideout, who made a 20-yard touchdown reception. “I applaud the guys for waking up and being ready to go.”

Covey said the Utes relished their role of spoiler against Colorado.

“This is the first time in my career where we’re not playing for a championship or the opportunity to go to a championship,” he said. “You’ve got to dig deep and find what motivates you.”

The Cougars hold a 9-8 advantage in the all-time series. The Utes snapped a four-game losing streak against WSU with a 38-13 victory in Salt Lake City last season.