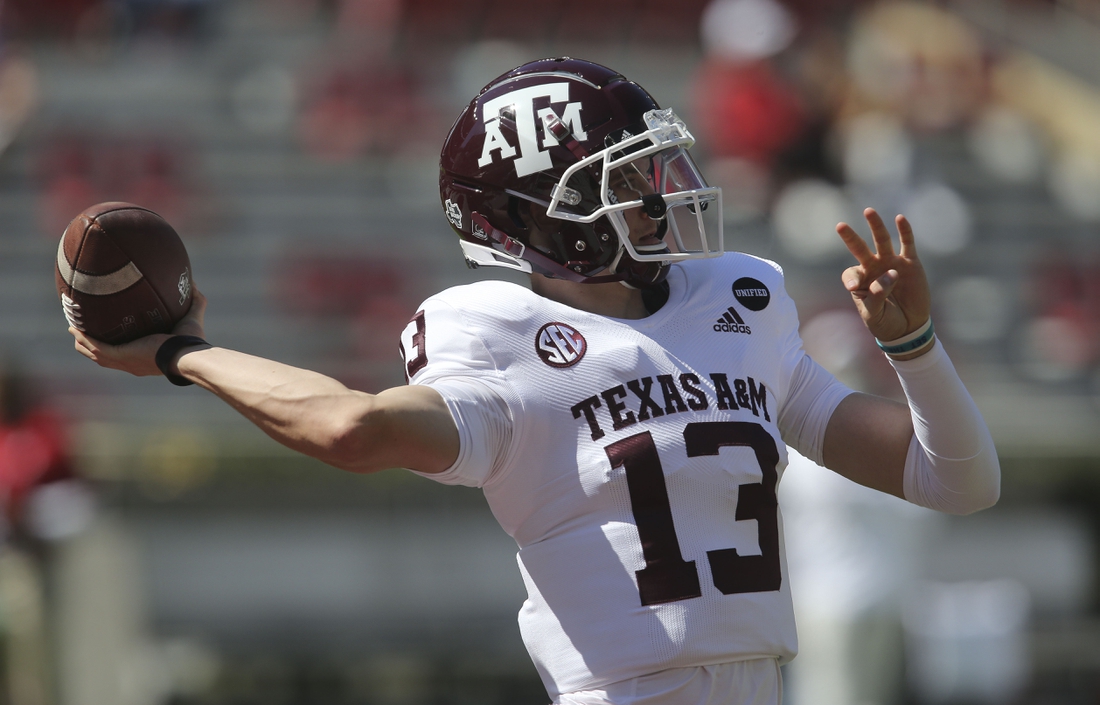 Freshman QB Haynes King to start for No. 6 Texas A&M

Haynes King is the starting quarterback for No. 6 Texas A&M when the season begins next week against Kent State.

Head coach Jimbo Fisher revealed the depth chart in an interview with ESPN Radio. Sophomore Zach Calzada is the team’s No. 2 quarterback.

“We talked to them yesterday and right now, Haynes will be our starter,” Fisher said Wednesday. “Zach will be the backup right now. We had a great talk yesterday. I feel very comfortable with both guys. I think both guys can win. Both guys had an outstanding camp.”

Fisher said the depth chart is “ever changing” but King, the redshirt freshman, is getting the first shot to replace Kellen Mond. Mond left for the NFL with a year of eligibility remaining and was drafted by the Minnesota Vikings.

Texas A&M was ninth in the SEC in passing at 234.1 yards per game and is replacing four starting offensive linemen from the 2020 team that finished No. 4 in the final College Football Playoff rankings.

King played high school football for his father and led the team to a state title. Texas A&M coaches timed him in the 4.45-second range in the 40-yard dash.

“Haynes is going to be a guy they can really extend plays and probably keep the defense a little more honest or a little more scared with his ability to make plays with his feet,” offensive coordinator Darrell Dickey said at SEC Media Days. “But (both QBs) have been in our system. They understand all of the offense. We don’t have to start the season off necessarily thinking we’ve got a taper way back, tone it way back from what we were doing with Kellen.”