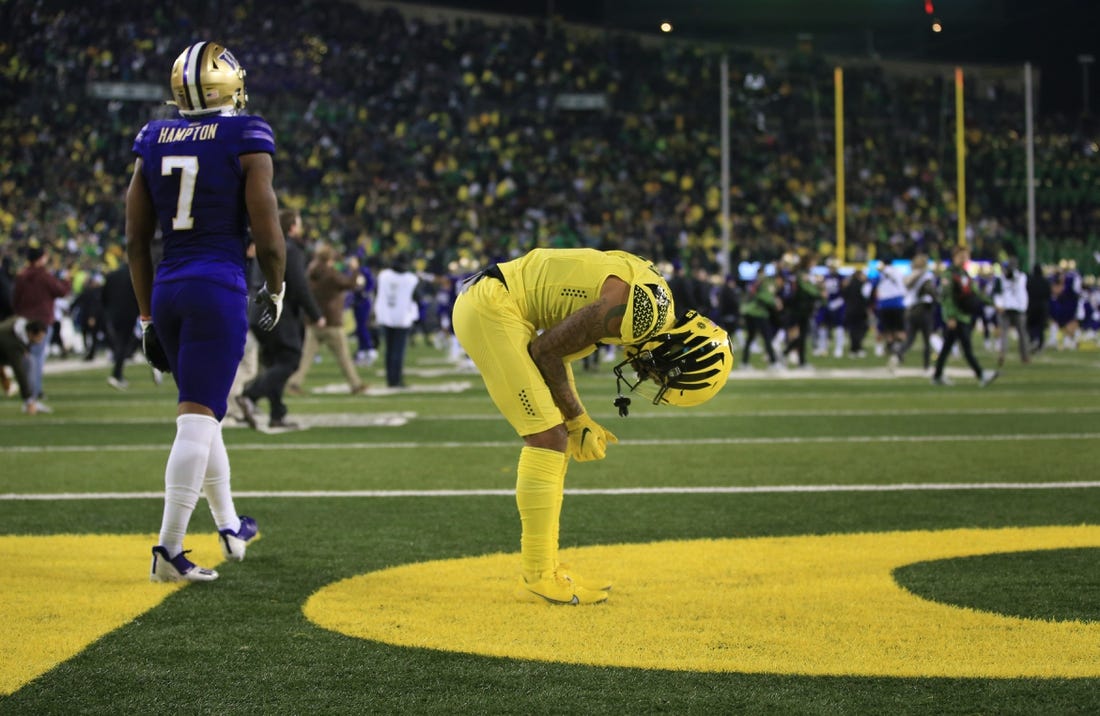 The top five teams remained unchanged, and Oregon slipped out of the top 10 as the third College Football Playoff rankings were released Tuesday night.

Georgia remained No. 1, followed by Ohio State, Michigan and TCU. All four are 10-0. Tennessee (9-1) remained fifth.

Oregon (8-2) slid from sixth to 12th after losing 37-34 to Washington last Saturday. Washington moved up from 25th to 17th thanks to that win.

Georgia had ascended from No. 3 to No. 1 last week after beating Tennessee 27-13. Then the Bulldogs moved to 7-0 in the Southeastern Conference play with a 45-19 win at Mississippi State on Saturday.

Ohio State (7-0 Big Ten) has held the second spot in all three weeks of the rankings. The Buckeyes and Michigan (7-0 Big Ten) play their annual Big Game on Nov. 26 in Columbus, Ohio.

TCU, which moved up three spots last week, stayed steady at No. 4 after holding on to beat Texas 17-10 on Saturday. Texas, which had been 18th, dropped out of the rankings.

“You’re looking for improvement during the course of the year,” Boo Corrigan, the CFP committee chairman, said of TCU, in a televised ESPN interview.

“They’ve continued to win games,” Corrigan told ESPN. “They have the one loss in Utah, in a really emotional (43-42) game, if you remember back to that game. That’s the one loss they have, the one blemish they have.”