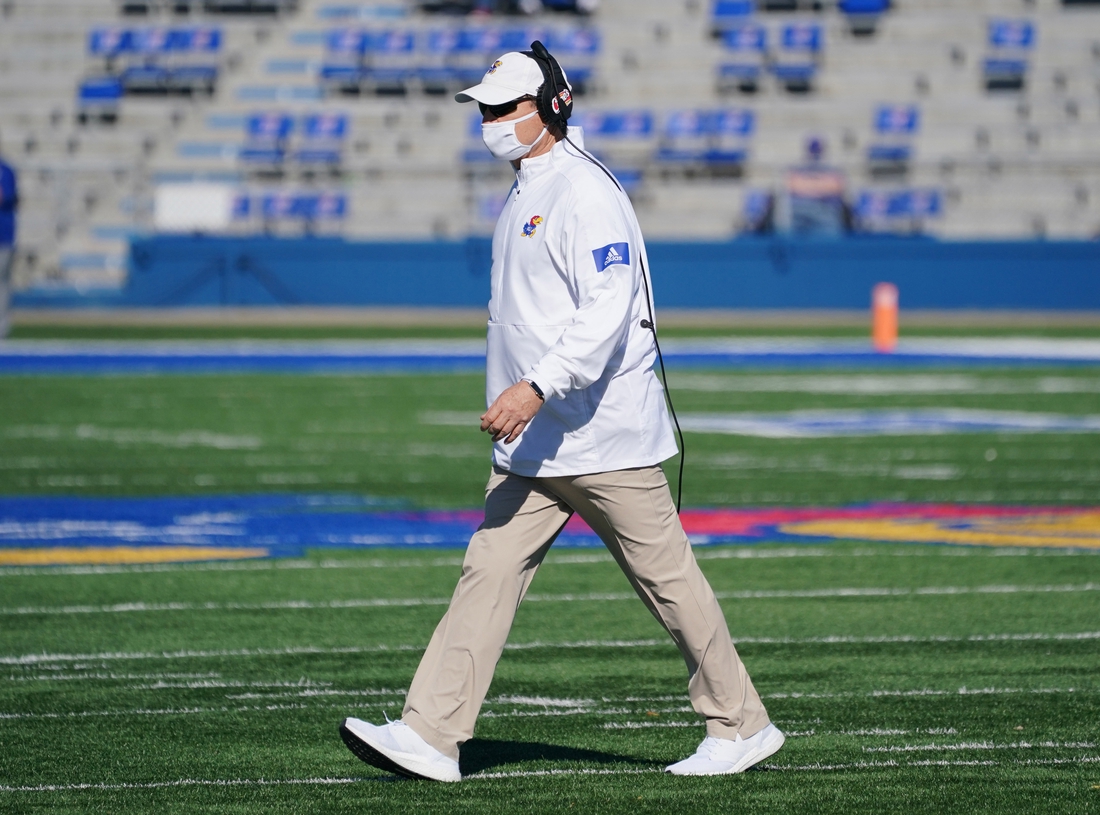 Kansas named Emmett Jones to be the school’s interim coach on Thursday in the wake of the departure of Les Miles.

Jones has spent the past two seasons with the Jayhawks as receivers coach and also served as passing game coordinator in 2020.

“Emmett’s relationship with our football student-athletes is vital as we venture through this time of transition within our football program and athletics department,” interim athletic director Kurt Watson said in a news release. “I am confident in his abilities to ensure this program functions at a high level in preparation for the 2021 season.”

Jones was thankful for the opportunity, and he is likely in line to land an interview for the permanent coaching position.

“Since arriving here, I have developed a deep love of this program and university, and it is an honor to be named interim head coach,” Jones said in the news release. “I will rely on our talented assistant coaches, as well as (director of sports performance) Ben Iannacchione and the strength and conditioning staff to guide our student-athletes and be there for them on and off the field.”

Jones spent four seasons at Texas Tech (2015-18) before being hired by Miles at Kansas. His only head coaching experience was at South Oak Cliff High in Dallas from 2012-14.

The scandal surrounding Miles, who was the head coach at LSU for 11-plus seasons, erupted amid reports last week that former athletic director Joe Alleva urged the school to fire him in 2013.

Allegations surfaced that Miles made sexual advances toward female students and also made comments about women in the athletic department that were sexist or insulting.

Kansas athletic director Jeff Long, who hired Miles at Kansas, was forced out due to the situation earlier this week.