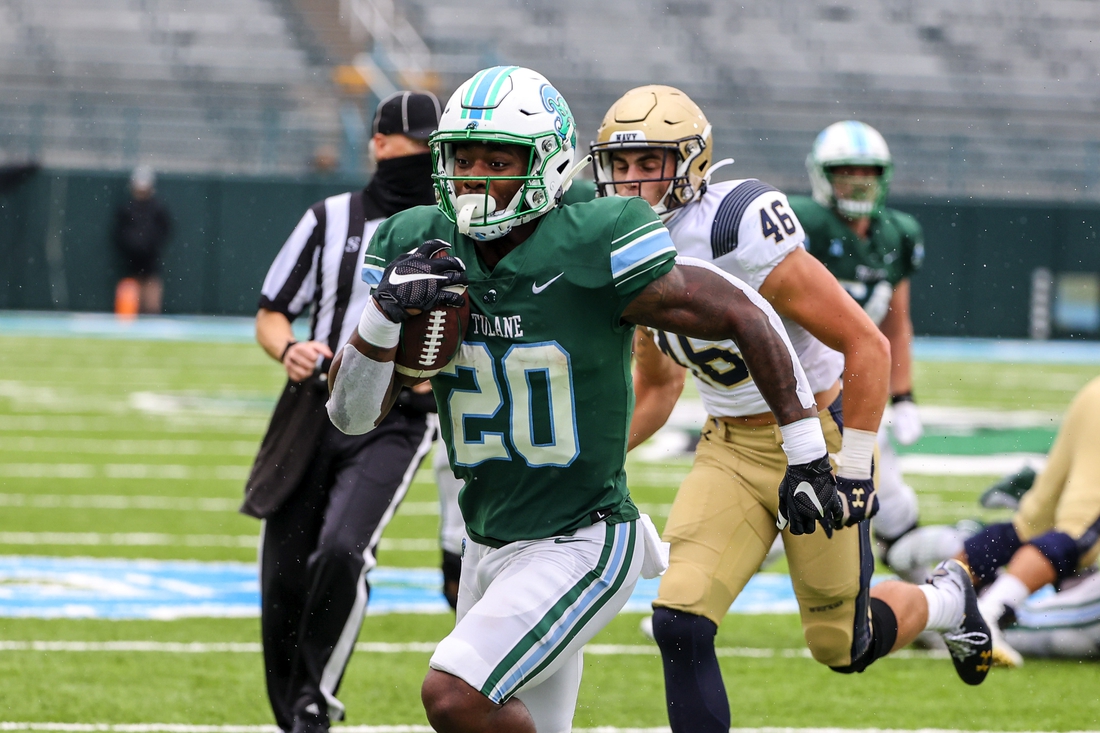 Bijan Nichols kicked a 33-yard field goal with no time remaining as visiting Navy overcame a 24-point deficit to post a 27-24 victory over Tulane on Saturday in the American Athletic Conference opener for both teams.

It was the second consecutive season that Nichols kicked a game-winning kick against Tulane as time expired. Nichols made a 48-yard kick that produced a 41-38 victory after the Green Wave had scored 24 unanswered points to pull even.

This time it was 24 consecutive points by Navy (1-1, 1-0) that preceded the winning kick. The Midshipmen also bounced back from a 55-3 loss to BYU in their season opener 12 days earlier.

Cameron Carroll rushed for two touchdowns for the second consecutive game for the Green Wave (1-1, 0-1), who overcame a 24-6 deficit in the third quarter in a 27-24 victory over South Alabama in their season opener.

The last four meetings between Navy and Tulane have been decided by a total of nine points.

But on the Midshipmen’s next possession, Dalen Morris threw a 44-yard pass to Mark Walker, setting up Nelson Smith’s 1-yard touchdown run on the next play. That cut Tulane’s lead to 24-7.

Smith added another 1-yard touchdown and the Midshipmen defense tackled Carroll for a 1-yard loss and a safety. That pulled Navy within 24-16 at the end of the third quarter.

Morris’ 32-yard touchdown pass to Mychal Cooper and a two-point conversion tied the score early in the fourth quarter.

Merek Glover’s 22-yard field goal ended a 14-play possession and increased the lead to 10-0 at the end of a first quarter. Navy had just one first down in the opening quarter.