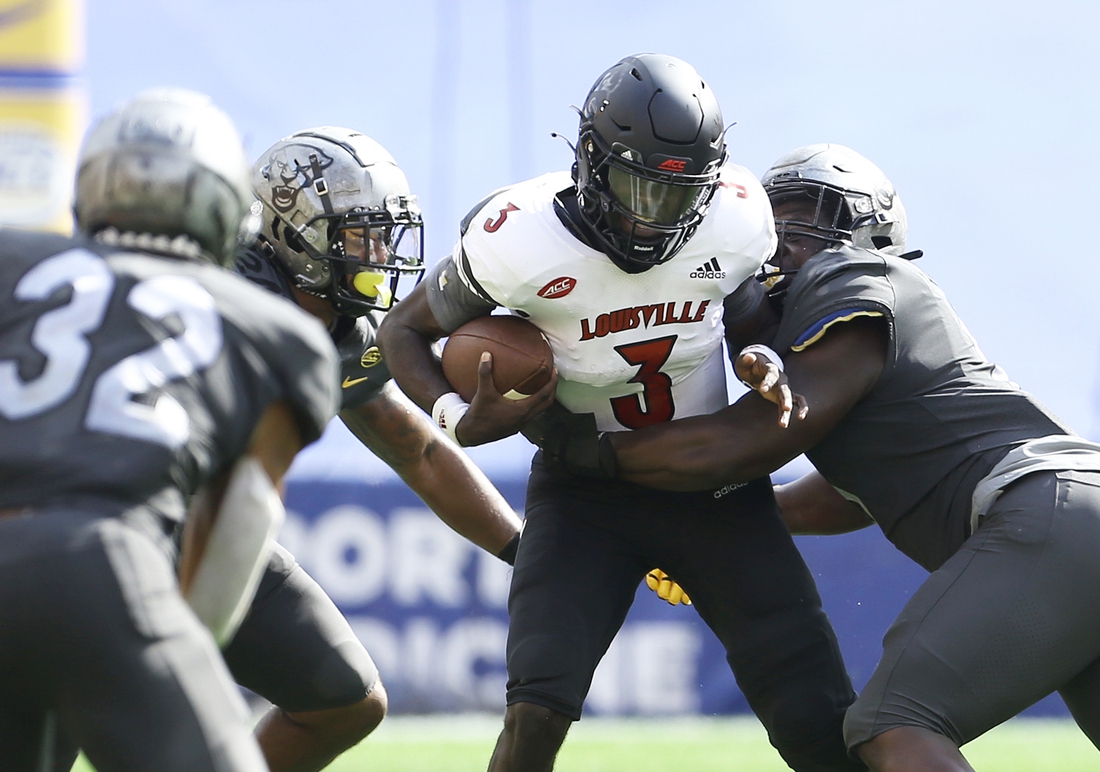 Louisville starting quarterback Malik Cunningham was taken off the field via a stretcher near the end of the No. 24 Cardinals’ 23-20 loss to No. 21 Pittsburgh on Saturday.

Cardinals coach Scott Satterfield said he didn’t know the extent of Cunningham’s injury but said the junior was able to move his extremities while being attended to on the field by team trainers.
Cunningham was wearing a neck brace and gave a thumbs-up sign as he was being taken off the field.

Cunningham was injured after scrambling and throwing a pass on fourth down that was intercepted by Pitt cornerback Jason Pinnock with 1:19 remaining.

“He stepped up on that play. They had some pass rushers there, and it looked like he got his feet caught up under a couple of their defenders. He got twisted a little bit when he threw the football,” Satterfield told reporters. “… The medical team takes every precaution. That’s why they took him in to further evaluate him. I have not gotten an update on that, so anything else would be speculation. He did have feeling everywhere in his body and his extremities, so that’s always a positive.”

Cunningham was under pressure throughout the game. He was sacked seven times and completed 9 of 21 passes for 107 yards, one touchdown and three interceptions.