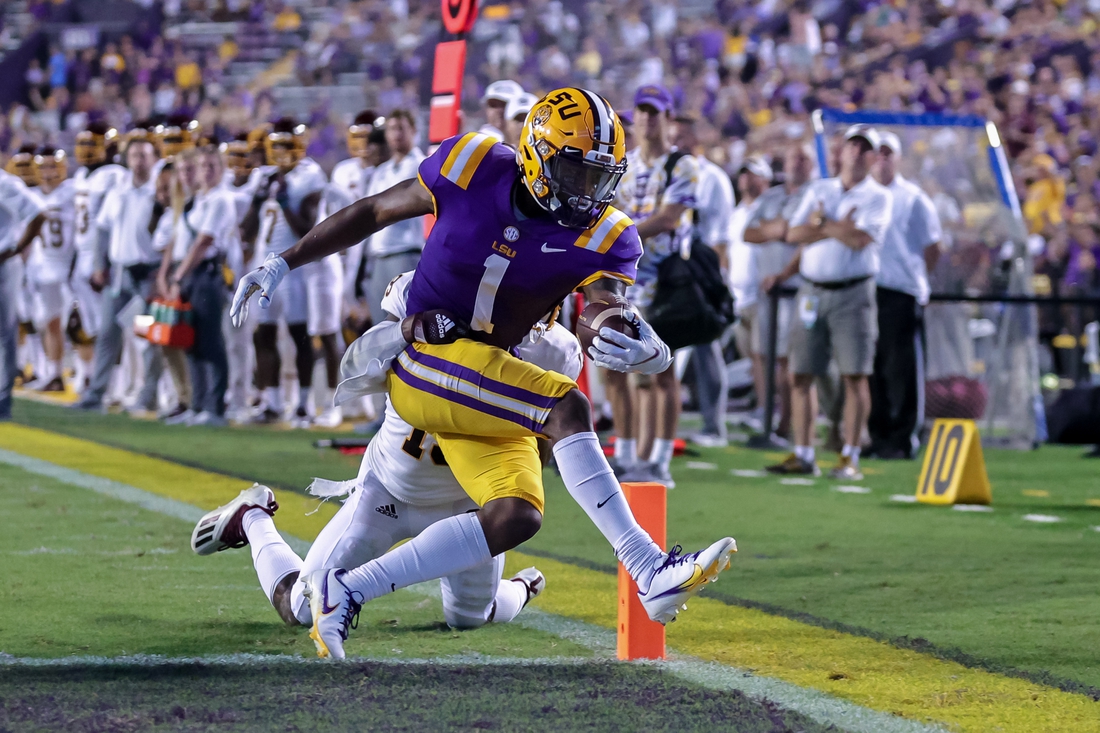 Max Johnson threw five touchdown passes and host LSU raced to a 35-7 halftime lead on its way to a 49-21 victory against Central Michigan on Saturday night.

Johnson threw a 21-yard touchdown pass to Lee to complete a nine-play, 93-yard drive on the Tigers’ first possession of the third quarter, increasing their lead to 42-7.

The Chippewas (1-2) answered when Devonni Reed intercepted Johnson and returned the ball 20 yards for a touchdown that cut the lead to 42-14 at the end of the third quarter.

Freshman Garrett Nussmeier replaced Johnson on the next LSU series, just as he did in the fourth quarter last week when a 34-7 victory against visiting McNeese State was similarly assured.

Johnson hit Smith with a 28-yard touchdown pass on the first possession of the game.

On the ensuing possession Andre Anthony returned a fumble 32 yards for a touchdown and a 14-0 Tigers lead.

The Tigers made it back-to-back takeaways when Major Burns intercepted Jacob Sirmon, but a fumble and two penalties pushed them backward until the punted.

Johnson and Smith teamed on a 40-yard touchdown pass and a 21-0 lead.

Sirmon bounced back with a 78-yard touchdown pass to JaCorey Sullivan that cut LSU’s advantage to 21-7 at the end of the first quarter. Sirmon completed 17 of 24 for 156 yards before giving way to Richardson late in the third quarter.

Johnson tossed a 2-yard touchdown to Boutte and a 20-yarder to Bech to increase the lead to 35-7 at halftime.