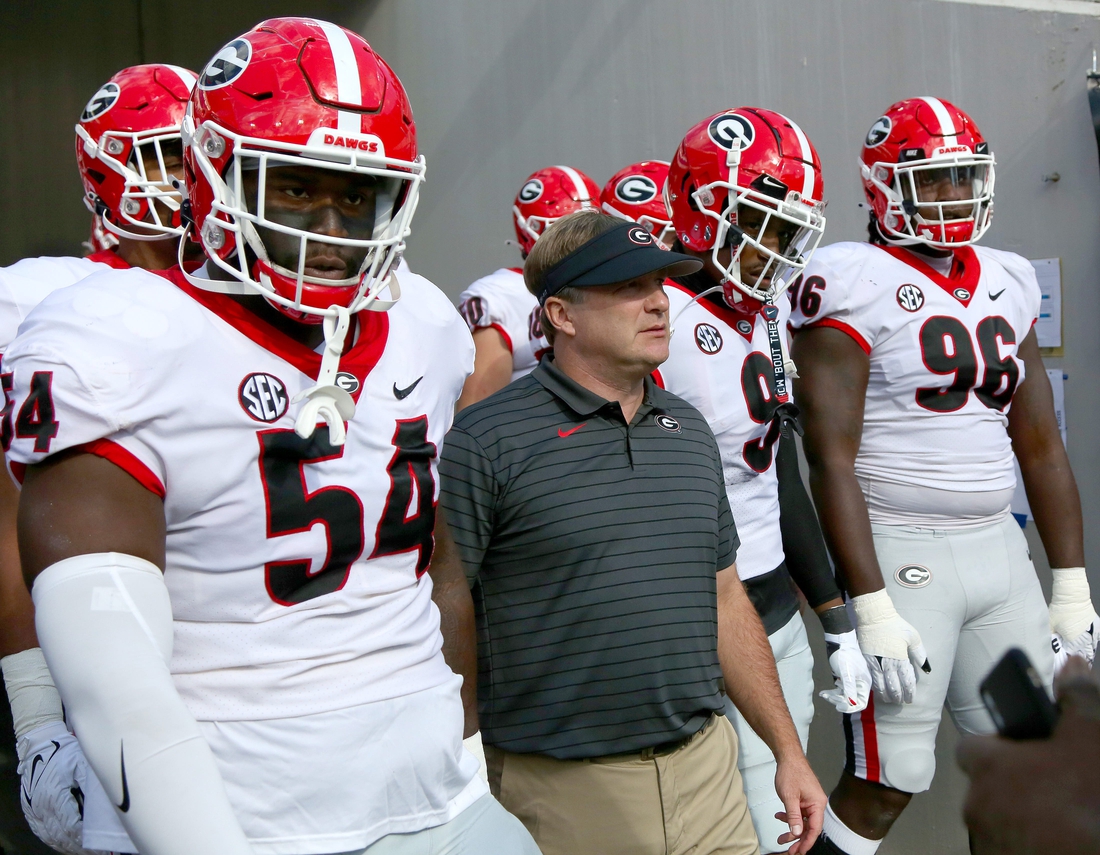 Mizzou keeping QB a mystery; 5-TD underdogs at No. 1 Georgia

Top-ranked Georgia and visiting Missouri will collide Saturday in a game between teams aiming for different results for the 2021 season.

The Bulldogs, already assured of a spot in the SEC title game Dec. 4, also are in control to reach the College Football Playoff for the first time since losing in the championship game in 2018.

“We are not really focused on that right now,” Georgia offensive lineman Justin Shaffer told reporters. “We are focused on Missouri because we have Missouri this week. When the time comes, we will celebrate, but right now we are still locked in for each game week by week.”

Missouri (4-4, 1-3) enters with a 37-28 win over Vanderbilt — the Tigers’ first conference victory this season — and stands two wins shy of becoming eligible to play in a bowl game.

Missouri is entering a stretch in which their final four opponents are .500 or better and all jockeying for bowl position.

But first, the Tigers have to get past Georgia after being installed by oddsmakers as 37-point underdogs.

Beating Georgia has been the impossible mission for Missouri since joining the SEC prior to the 2012 season. Georgia has won seven meetings in a row and eight of their past nine. Missouri is the lone SEC East that hasn’t beaten Georgia since coach Kirby Smart took over the Bulldogs before the 2016 season.

Under Smart, the Bulldogs are 5-0 against the Tigers, winning by an average of 20.4 points. Georgia has outscored Missouri 76-14 in the teams’ past two meetings.

Missouri’s offense is inconsistent and hasn’t been tried against a defense as loaded as this Georgia group.

Georgia and Missouri have questions at quarterback.

Missouri quarterback and team captain Connor Bazelak suffered what coach Eli Drinkwitz said was a soft-tissue injury midway through the fourth quarter against Vanderbilt. He was replaced by true freshman Tyler Macon, who didn’t attempt a pass.

On Tuesday, Drinkwitz said there would be no injury updates, including those impacting his QB situation.

Macon and redshirt freshman Brady Cook were going to receive plenty of snaps in practice this week.

“I have no idea about anything other than practice today,” Drinkwitz told reporters on Tuesday. “We’re talking about practice today.”

Drinkwitz said he wants his team to focus on Georgia, and denied the team is anxious about measuring up to the No. 1 team in college football.

“Crud, why else would you do it? I don’t want to live life in the shadows,” he said. “Go out, see what you got. Take your best shot. … I’m not anxious about it at all. See you Saturday at noon.”

The Tigers will continue to lean on running back Tyler Badie, who rushed for 254 yards and two touchdowns on 31 carries against the Commodores, bringing his season total to 989 yards and 11 touchdowns. He’s also caught a team-high 40 passes for 305 yards and four scores.

Georgia’s Stetson Bennett has started the past five games for the Bulldogs in place of the injured JT Daniels, who has been out with a strained oblique.

Daniels has been able to practice recently.

Smart, who made reference to the importance of mobility at the position, said he’ll name a starter based on practice this week after Bennett went 10-of-19 passing for 161 yards with a touchdown and two interceptions in a 34-7 win over Florida last week.