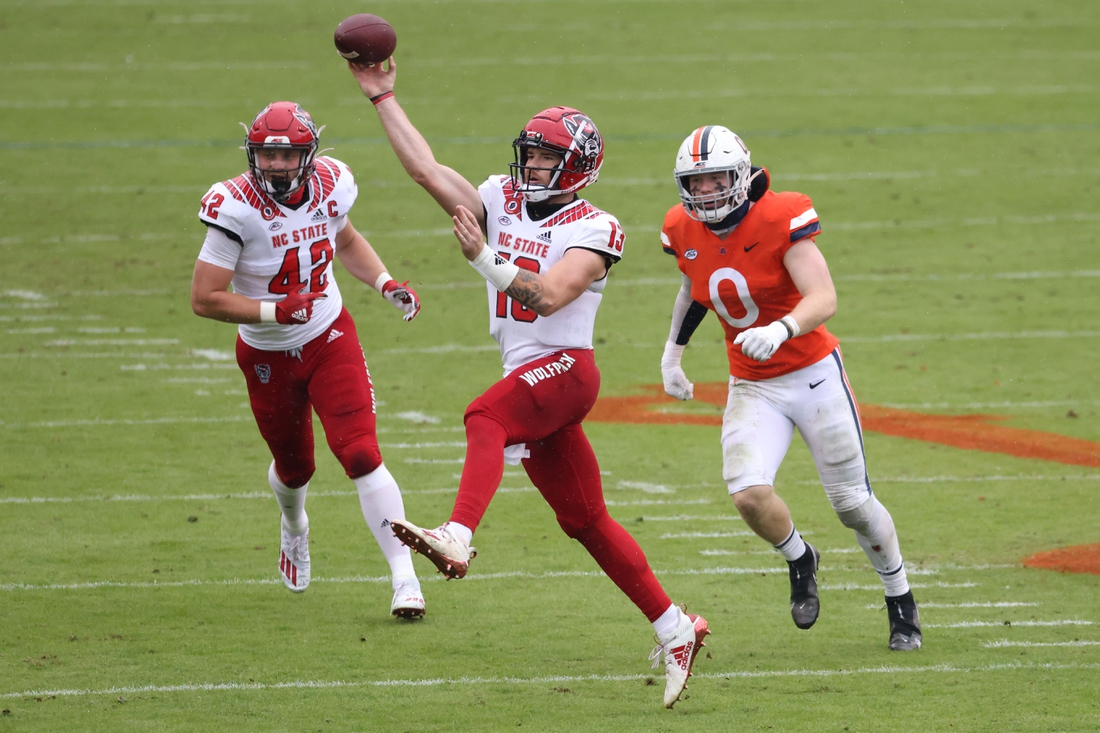 North Carolina State announced that quarterback Devin Leary will miss up to eight weeks after undergoing surgery to repair a broken fibula on Sunday.

Leary left Saturday’s 31-20 victory over visiting Duke on a cart in the final minute of the third quarter. He was hurt on a hit by Duke safety Lummie Young while sliding after a long run.

He later returned to the sideline to watch the final minutes of the game.

“@DevinLeary1 had surgery on a broken fibula this morning and will be out 4-8 weeks. Surgery went well, but know he would appreciate your thoughts & prayers,” the school tweeted.

Leary, a redshirt sophomore, was 14-for-24 passing for 194 yards with a touchdown throw and an interception when he left the game.

He has thrown for 879 yards, eight touchdowns and two interceptions this season for the Wolfpack.

Redshirt junior Bailey Hockman will take over as the starter. Hockman has completed 27 of 46 passes for 316 yards, with two touchdowns and three interceptions in limited action this season. He also ran for one score.