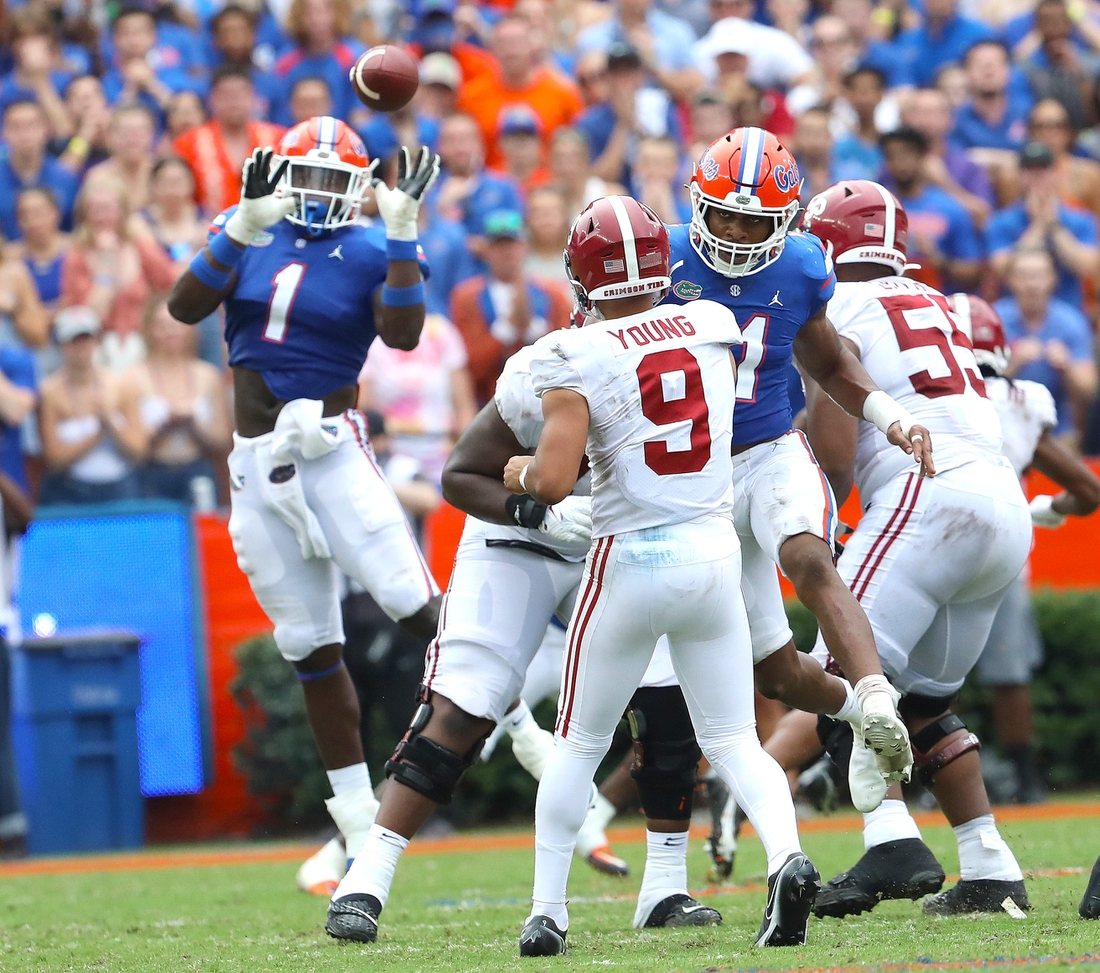 Alabama got tested last Saturday against Florida on the road, emerging with a 31-29 win after the Gators came up just short on a two-point conversion attempt late in the game.

The win allowed the Crimson Tide (3-0, 1-0 SEC) to maintain their No. 1 ranking, with Southern Mississippi of Conference USA coming into Tuscaloosa on Saturday night.

There were some lessons to be learned from the Florida win, Alabama head coach Nick Saban said.

Saban said the Golden Eagles have a tough defense that has played the run well, and will present a challenge despite Alabama being a perceived overwhelming favorite.

Alabama has scored 30 or more points in 30 straight games, which is the longest current streak of its kind in the FBS. One more 30-point game and the Tide will tie UCF, which had 31 from 2017-2019, for the all-time record.

Saban is 264-65-1 all-time as a head coach, including a 173-23 mark at Alabama. An early touchdown bodes well for the Crimson Tide, as they have won 43 straight games when scoring a touchdown on the first offensive possession of the game, as they did against Florida.

Southern Mississippi has losses to South Alabama and Troy, by a combined score of 52-16. Its win was over Grambling State, 37-0.

The Golden Eagles rushed for minus-1 yards against Troy at home last weekend, with 156 yards of total offense. Defensively, the Southern Miss defense has limited each of its first three opponents this season to fewer than 100 yards rushing.

Opponents are averaging only 17.3 points and 248 yards of total offense per game against the Golden Eagles, but Alabama is, of course, on another level in terms of caliber of opponent.

Quarterback Trey Lowe will miss Saturday’s game with a foot injury, according to a statement he released on Twitter. The transfer from West Virginia said he was focusing on “healing, rehab, and getting back to the game I love,” and pledged to help his team any way he can.

Lowe started the first two games of this season before injuring his foot against Grambling. He was replaced by freshman Ty Keyes, who started against Troy and is expected to start against Alabama.