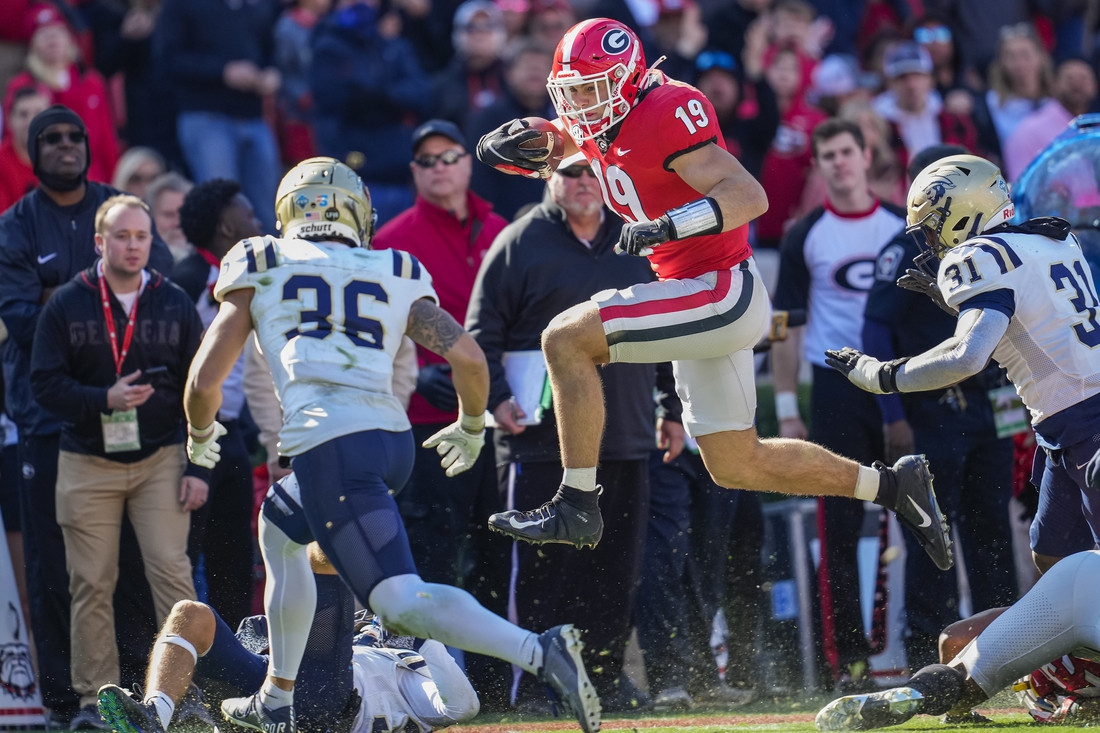 No. 1 Georgia takes care of business vs. Charleston Southern

Stetson Bennett threw two touchdown passes in the first quarter and completed 8 of 14 passes for 105 yards to lead No. 1 Georgia to a 56-7 victory at home Saturday against Charleston Southern in Athens, Ga.

The Bulldogs secured their first 11-0 start to a season since 1982 with the nonconference victory over the Buccaneers (4-6), who were held to only 126 yards on offense.

Charleston Southern only managed to score on a fluky play in which it turned one of their own turnovers into a takeaway and a touchdown.

With Georgia up 49-0 in the third quarter, Xavien Sorey Jr. intercepted a tipped pass by quarterback Jack Chambers. Sorey had the ball ripped away by Bucs receiver Garrett Schwarting, who then raced 65 yards to the end zone for a touchdown.

Bennett, who also threw an interception, was one of three quarterbacks for the Bulldogs to throw a touchdown pass.

Carson Beck completed 5 of 10 passes for 77 yards, one touchdown and one interception and JT Daniels threw for 73 yards and a touchdown on 7-of-12 passing.

Zamir White only needed four carries to amass 83 yards, including a 40-yard touchdown run during a 28-point first quarter. James Cook also broke loose for a 40-yard run and finished with 57 yards and a touchdown on six carries.

Georgia totaled 488 yards overall in a balanced effort with 255 passing and 233 on the ground.

Brock Bowers caught two touchdown passes — one from Bennett and one from Daniels — and finished with 36 yards on four catches.

Chambers completed just 11 of 30 passes for 55 yards while TJ Ruff ran for 46 yards on 14 carries for Charleston Southern.

Georgia finishes the regular season next Saturday with a road trip to in-state rival Georgia Tech before playing in the SEC championship game the following week.