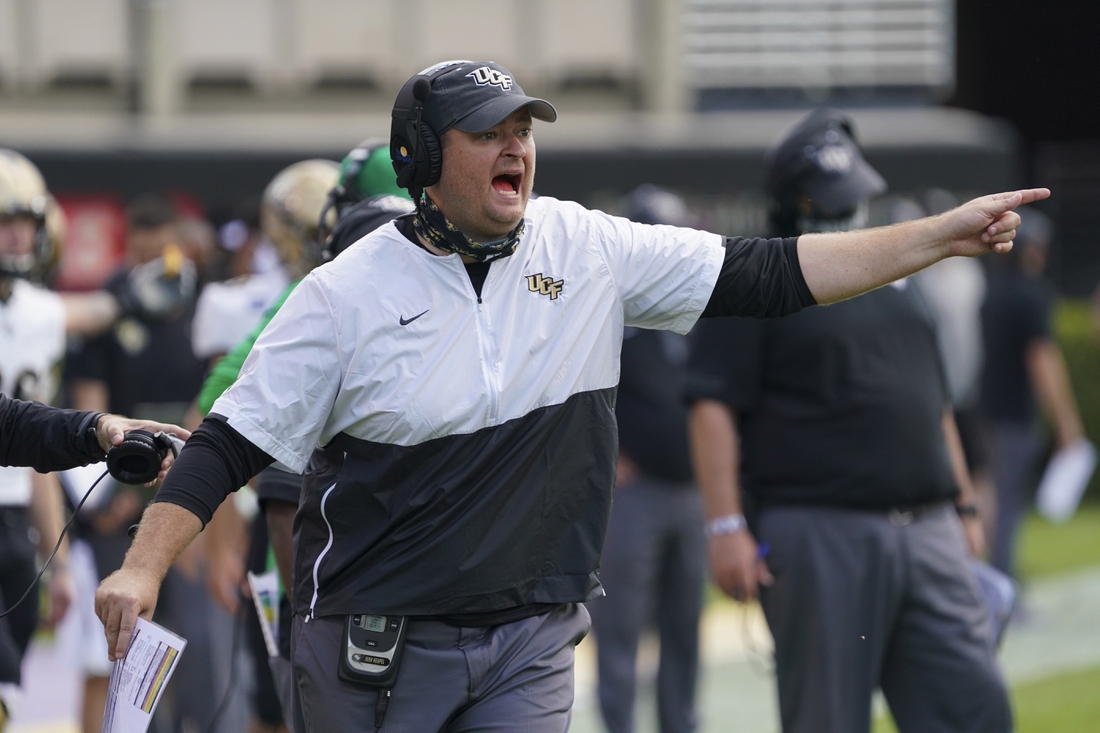 After posting two big road wins over Georgia Tech and East Carolina, 11th-ranked UCF gets to play at home for the first time this season when they host Tulsa in an American Athletic Conference matchup on Saturday.

The game will be contested in Orlando at what is now officially “The Bounce House,” formerly Spectrum Stadium.

UCF coach Josh Heupel thinks the atmosphere will not be the same with attendance limited because of COVID-19 protocols.

“I think what’s different for us (is) you’re running out of the tunnel at the home stadium and you’ve got a crowd in there at 20 to 25 percent capacity,” Heupel said. “However, it’s not going to look the same. So we’ll have to create our own energy.”

Quarterback Dillon Gabriel has completed 67 percent of his 88 pass attempts for 825 yards and eight touchdowns against only one interception.

But one figure stood out for Heupel in his team’s win over the Pirates.

The Knights were penalized a school-record 19 times for 139 yards, saddling them with 27 penalties for 190 yards in just two games.

“The penalties do stand out,” Heupel said. “We’ve got to get them corrected.”

Tulsa (0-1, 0-0 AAC) also was heavily penalized in its only outing with 15 for 120 yards in a 16-7 loss to Oklahoma State on Sept. 19. The Golden Hurricane’s game against Arkansas State last week was postponed because of the coronavirus issues among the Red Wolves.

Tulsa has won the last three meetings against UCF, edging the visiting Knights 34-31 last year by rallying from a 31-24 fourth-quarter deficit.

“I think we lost that game last year on both sides of the football,” Heupel said. “If you look at how they played the second half of last year, every game was tight. And the way they played against Oklahoma State, a real good football team, they’re getting better.”

Tulsa’s Zach Smith was 10 of 14 passing for 127 yards last year against UCF before leaving with a leg injury. He was 18 of 28 passing for 165 yards and a touchdown against Oklahoma State.

The Hurricane were within 13-7 late in the fourth quarter at Oklahoma State before giving up the ball on downs deep in their own territory. The Cowboys kicked a clinching field goal to cap the scoring.

“It’s frustrating,” Tulsa coach Philip Montgomery said. “But we’re going to learn from it. From an effort standpoint, you can’t question the effort we gave throughout the game in all three phases. Now we just have to learn and get better.”