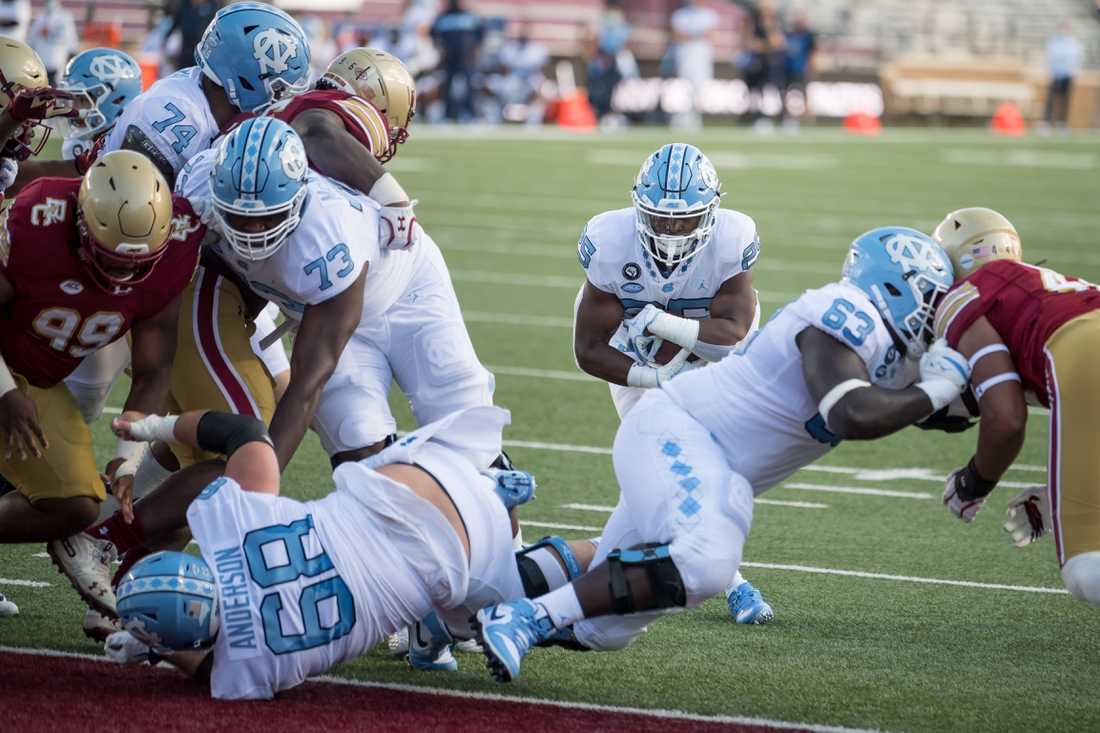 North Carolina’s Tre Morrison intercepted the two-point conversion pass and returned it to the other end zone for two points for the Tar Heels (2-0, 2-0 Atlantic Coast Conference) with 45 seconds remaining.

After converting a fourth-and-1 from the North Carolina 39, the Eagles (2-1, 1-1) moved to the 10-yard line with less than three minutes remaining. A pair of offensive pass interference penalties threatened to derail the drive.

But on third-and-goal from the 32, a pass interference on North Carolina revived the possession. The Eagles converted on Jurkovec’s 6-yard touchdown pass to CJ Lewis with 45 seconds to play before Morrison’s big play on the ensuing PAT.

Howell completed 14 of 26 passes for 225 yards with one interception. North Carolina running back Michael Carter gained 121 yards on 16 carries.

Jurkovec finished 37-for-56 for 313 yards with two touchdown throws. Boston College was limited to 40 rushing yards.

The Tar Heels went 81 yards in 11 plays late in the first half to extend their lead to 21-13 with Howell’s 41-yard pass play to Javonte Williams.

Grayson Atkins booted a 35-yard field goal with 6:25 remaining in the third quarter for the only points for either team in the second half until the last minute. He missed from 47 yards out at the 5:46 mark when the Tar Heels had a chance to re-build their lead to 11 points after controlling the ball for almost four minutes.

The halftime score was 21-16 after Boston College’s Aaron Boumerhi drilled his third field goal of the half, a 30-yarder on the final play before the break. He also connected from 35 and 27 yards.

Howell scrambled and made a 41-yard pass play to Williams for a touchdown in the second quarter.

It was the first loss as a college head coach for Boston College’s Jeff Hafley, who’s in his first season since arriving after a stint as Ohio State’s co-defensive coordinator.