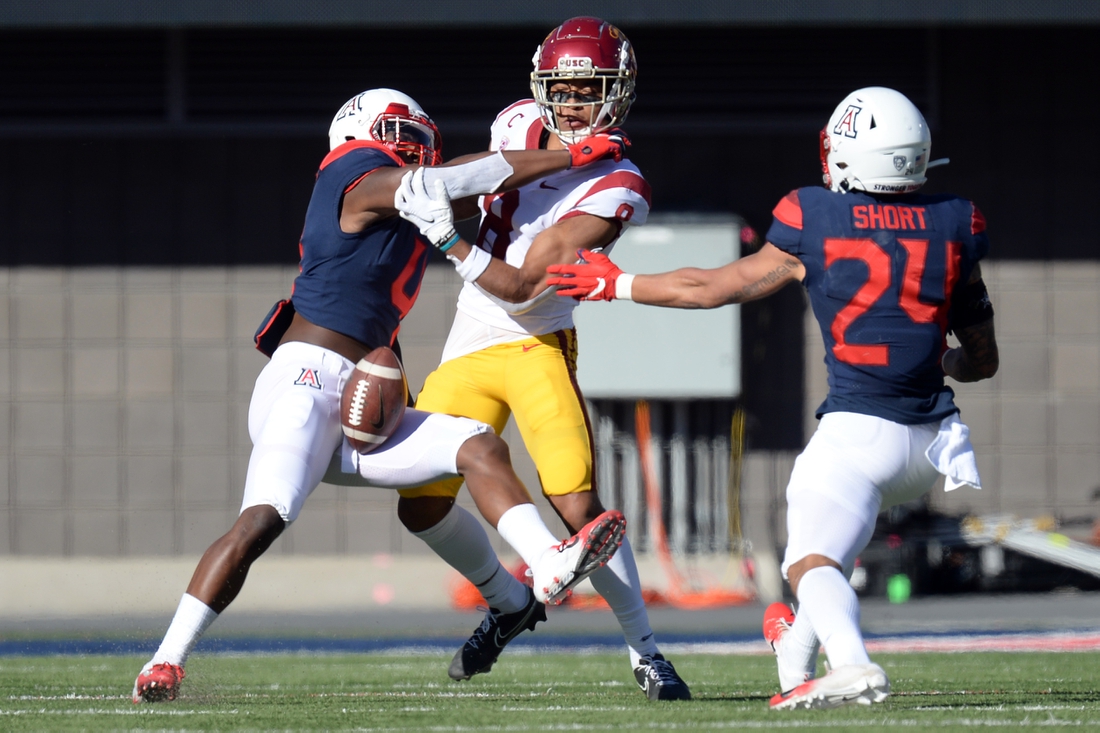 No. 20 Southern California rallies past Arizona

Vavae Malepeai scored on an 8-yard run with 25 seconds left as No. 20 Southern California rallied for the second consecutive week, this time turning back Arizona 34-30 on Saturday in Tucson, Ariz.

USC (2-0, 2-0 Pac-12) went 75 yards in six plays for the winning points after Arizona slipped ahead with 1:35 to go on a 6-yard pass from Grant Gunnell to Stanley Berryhill. The Trojans won last weekend’s opener against Arizona State by scoring two touchdowns in the final three minutes.

The Wildcats (0-1, 0-1) reached their 47 in the final seconds but a final play with multiple laterals went nowhere. Arizona was playing its first game after its original opener at Utah was canceled due to a COVID-19 outbreak in the Utes program.

USC won its eighth consecutive game against Arizona. The Wildcats lost their eighth game in a row, dating to last season.

The USC offense lacked rhythm for much of the game, with Kedon Slovis’ stats looking better than his shaky throws. He finished 30 of 43 for 325 yards and one touchdown.

Gunnell was 24 of 36 for 286 yards, with three touchdowns and one interception. Gary Brightwell carried 21 times for 112 yards.

The Trojans did not commit a turnover but were sloppy throughout, committing 11 penalties for 110 yards.

The Trojans, who had come away with no points in their previous two red-zone chances, re-took the lead on a 6-yard touchdown pass to tight end Erik Krommenhoek at the 3:30 mark.

Earlier, Arizona tied the game at 20 with 9:45 left in the third quarter on a deep pass to Tayvian Cunningham, who pulled away from defensive back Greg Johnson into the end zone for a 75-yard score.

USC led 17-13 at halftime, even though Arizona had a 231-145 edge in total yards. But the Wildcats missed a 42-yard field goal and had to settle for two red-zone chip shots instead of touchdowns.

The Trojans also took advantage of Talanoa Hufanga’s interception on the third play of the game, setting up a 17-yard drive, capped by a 1-yard run by Markese Stepp.