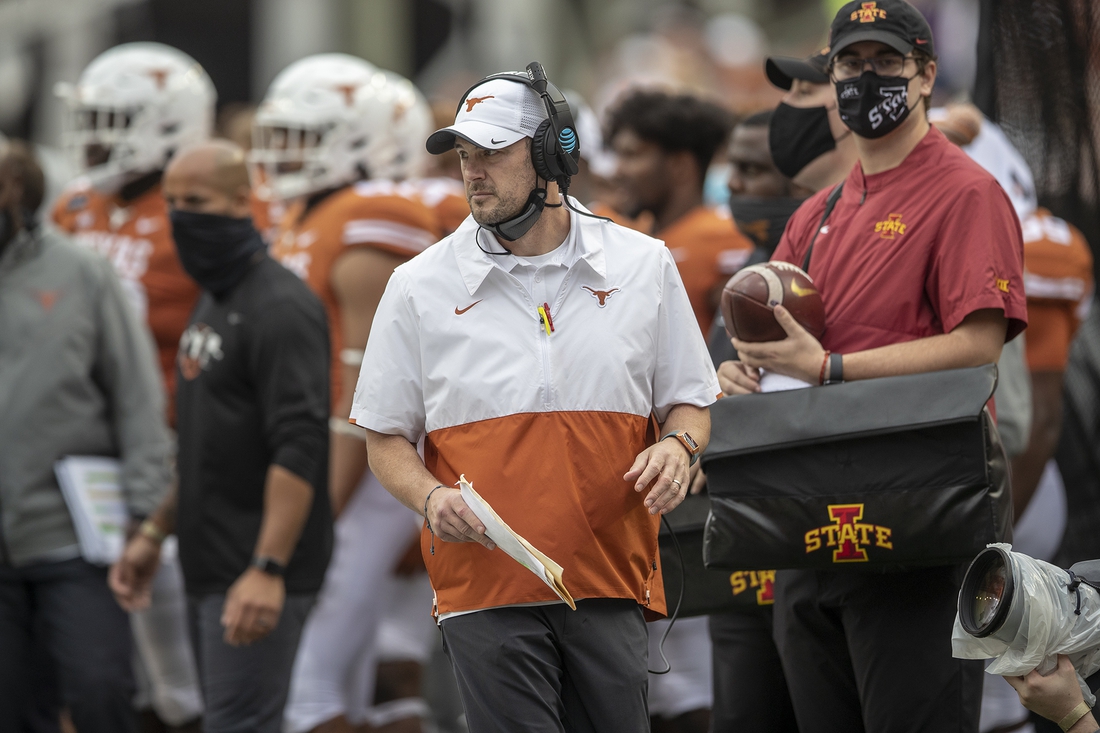 Texas paused football activities early in the week but still planned to play a game already pushed back by COVID-19 concerns.

The Longhorns (6-3, 5-3 Big 12) shut down their operations after three players and two staff members who previously tested negative and traveled to Kansas State for a victory last Saturday tested positive on Sunday. Still, travel plans for a game this Saturday at Kansas (0-9, 0-8) remained on schedule.

“Everything we are doing right now is merely precautionary,” Texas coach Tom Herman said, “and we are wanting to make sure with a couple of extra cases, extra positives, that we haven’t had, quite frankly, all year, that this is not a trend throughout the team but a couple of isolated incidents.”

The matchup against Kansas originally was scheduled for Nov. 21. That game was rescheduled after issues surfaced whether Kansas could field enough defensive linemen to meet Big 12 protocols based on injuries and COVID-19 concerns.

A Dec. 19 date remains open for both programs if the game must be pushed back again and the Big 12 condones such a move.

Each team is coming off encouraging performances.

Texas blasted Kansas State 69-31 Saturday after being eliminated from the Big 12 title chase in a home defeat against Iowa State on Nov. 27. Bijan Robinson rushed nine times for 172 yards and three touchdowns to pace a Texas offense directed by quarterback Sam Ehlinger.

Nonetheless, last week’s performance did little to reduce the heat on Herman. Potential replacements have surfaced for the fourth-year coach, who stands 31-18, though multiple reports say prime target Urban Meyer is not interested because of health concerns.

That could prompt Texas to retain Herman if donors aren’t eager to contribute to a $25 million buyout.

Herman has three years left on his contract and reportedly has been told his performance will be evaluated at the end of the season. Among Texas’ possible bowl destinations are the Alamo and Liberty.

Kansas has lost all but eight of its past 100 conference games and is facing its third winless season in history. It already is assured of a sixth consecutive last-place finish in the Big 12.

Still, the Jayhawks are coming off their tightest outcome, a 16-13 loss at Texas Tech.

Gaining any effectiveness at quarterback, either from Miles Kendrick or Jalon Daniels, remains a dilemma. Kendrick played the entire game at Texas Tech but passed for just 102 yards and could not capitalize on four takeaways provided by his defense. The Kansas offense managed just 214 total yards.

“We’ll look at this week of practice and competition and see how it goes,” coach Les Miles said. “(Kendrick) was very good last week (at practices). We’ll have to see if he continues that pace.”