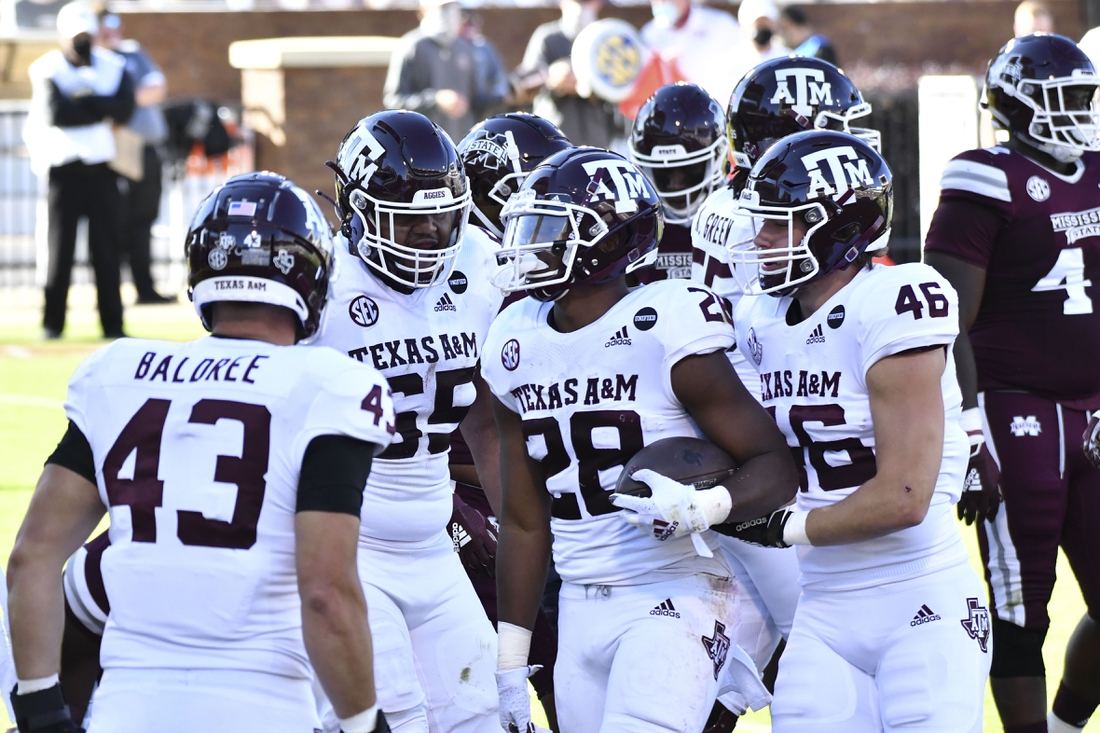 For the first time in seven years, the Southwest Classic will be played on campus when the Texas A&M Aggies host the Arkansas Razorbacks on Saturday night in a Southeastern Conference matchup at College Station, Texas.

Texas A&M, ranked No. 8, has won the past eight meetings and enters its 77th matchup against Arkansas (2-2, 2-2) facing a team on the upswing. The Razorbacks have won two conference games after two straight winless seasons in SEC play.

“It’s like somebody at the park, that guy that beats your brains in every day and he’s kicking your tail and you learn how to compete against him, you learn what he does, how to beat him,” Texas A&M coach Jimbo Fisher said. “Arkansas and A&M have played for so many years, they know each other so well, and it means a lot to the alums and everybody else that it becomes that game.”

Arkansas’ defense is allowing 25.5 points per game (fourth in the SEC) and the Razorbacks are also tied with LSU for the best turnover margin in the SEC (plus-6). Arkansas has recorded a conference-best 10 interceptions, led by freshman Hudson Clark (3 INTs).

“I think they play really well together and … within the scheme they do and they execute really well so it’s definitely going to take a full game for us and a big-time week of game-planning to go in and, you know, play a big-time game in the SEC,” Texas A&M quarterback Kellen Mond said.

The Razorbacks’ secondary took a hit this week though when cornerback Jerry Jacobs opted out of the season’s remaining six games and declared for the NFL draft. Jacobs became the fourth Arkansas player to opt out, joining defensive back Jarques McClellion, offensive lineman Chibueze Nwanna and receiver Shamar Nash.

Arkansas hopes to have cornerback Montaric Brown back in its lineup as well as defensive end Dorian Gerald, who has been out since the season opener.

“We still have a couple of guys who are still on the iffy side,” Arkansas coach Sam Pittman said. “Maybe they’ll be ready, but we’re certainly — besides the guys who had season-ending injuries — we’re certainly going to be as healthy as we’ve been since the first game.”

The Aggies’ passing game may get a boost if wide receiver Hezekiah Jones is cleared to play. Jones missed all of last season and has not played yet this season coming off Achilles surgery.

Texas A&M’s defense is led by senior Micheal Clemons (three sacks) and is allowing 354.5 total yards per game, which ranks third in the SEC.

“They’re big and their front guys are quick,” Pittman said. “They’re playing with a lot of confidence and have been doing a good job.”