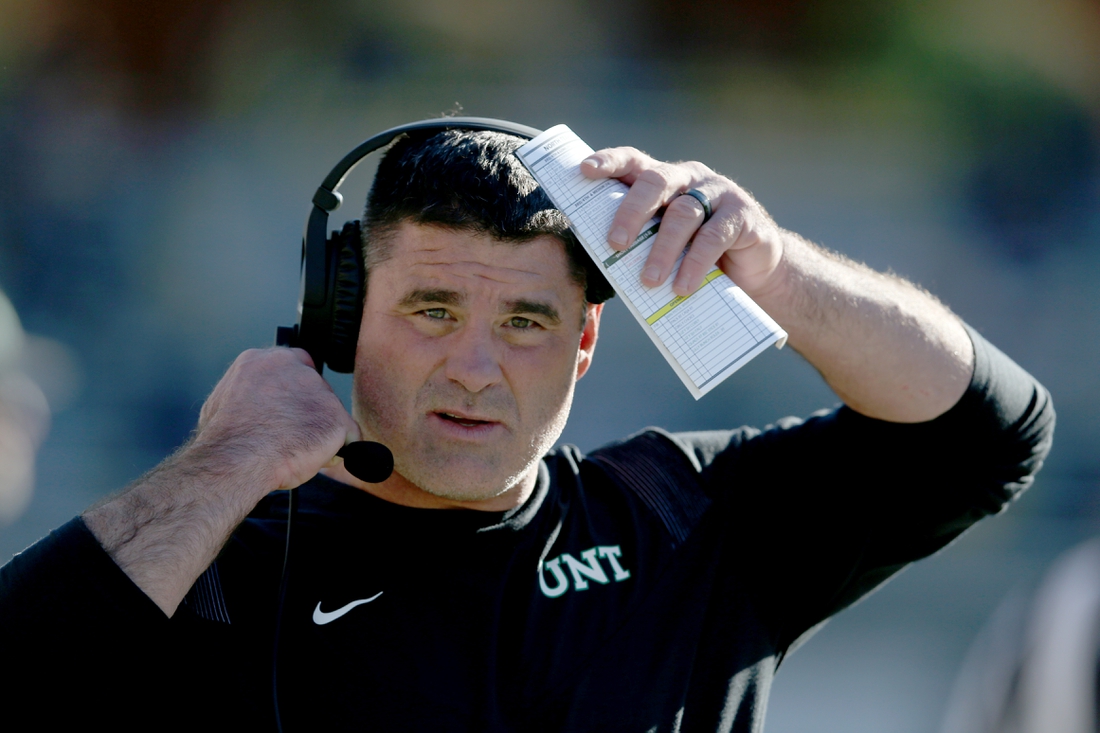 Ikaika Ragsdale ran for a career-high 146 yards and two touchdowns as North Texas rolled past previously undefeated No. 22 Texas-San Antonio 45-23 on Saturday afternoon in the Conference USA regular-season finale for both teams in Denton, Texas.

North Texas (6-6, 5-3 in C-USA play) also got 108 yards and three rushing TDs from DeAndre Torrey in earning its fifth straight victory and becoming bowl eligible. The Mean Green rushed for 340 yards in the game and forced three UTSA first-half turnovers in building an 18-point lead at halftime.

UTSA (11-1, 7-1 in C-USA) had its 11-game win streak snapped but will still host the Conference USA Championship game against either Marshall or Western Kentucky on Dec. 3 in the Alamo City.

The Roadrunners were stymied in the second half by the loss of quarterback Frank Harris to injury. Harris had 156 total yards (97 of them rushing) to lead UTSA, which had just 212 total yards of offense until the fourth quarter.

The Mean Green opened the game with a 34-yard field goal by Ethan Mooney and added a Torrey 2-yard touchdown run on their ensuing possession to push the lead to 10-0.

UTSA got on the board with a Houston Duplessis 29-yard FG but North Texas responded with Torrey’s second rushing TD, this one from 4 yards away with 32 seconds to play in the first quarter.

Duplessis hit from 27 yards out early in the second quarter and the Roadrunners cut their deficit to 17-13 on Harris’ 69-yard scoring run at the 8:20 mark. But the rest of the half belonged to North Texas, with Ragsdale’s 15-yard TD run preceding Torrey’s third rushing touchdown of the half, from 19 yards, to expand the Mean Green’s advantage to 31-13 at the break.

UTSA outgained the Mean Green 220-204 in the half but also had three fumbles. North Texas had just 29 yards passing at halftime but rushed for 175 yards, with Ragsdale picking up 108 of those on just 11 carries.

Ragsdale added a 10-yard TD run on the Mean Green’s first possession of the third quarter that expanded the lead to 38-13 and put UTSA squarely behind the eight ball. Ayo Adeyi’s 42-yard scoring run at the 3:52 mark of the third continued the blowout.

UTSA scored 10 points in garbage time on a 42-yard FG by Duplessis and a 67-yard TD pass from third-string QB Eddie Lee Marburger to Tre’Von Bradley.