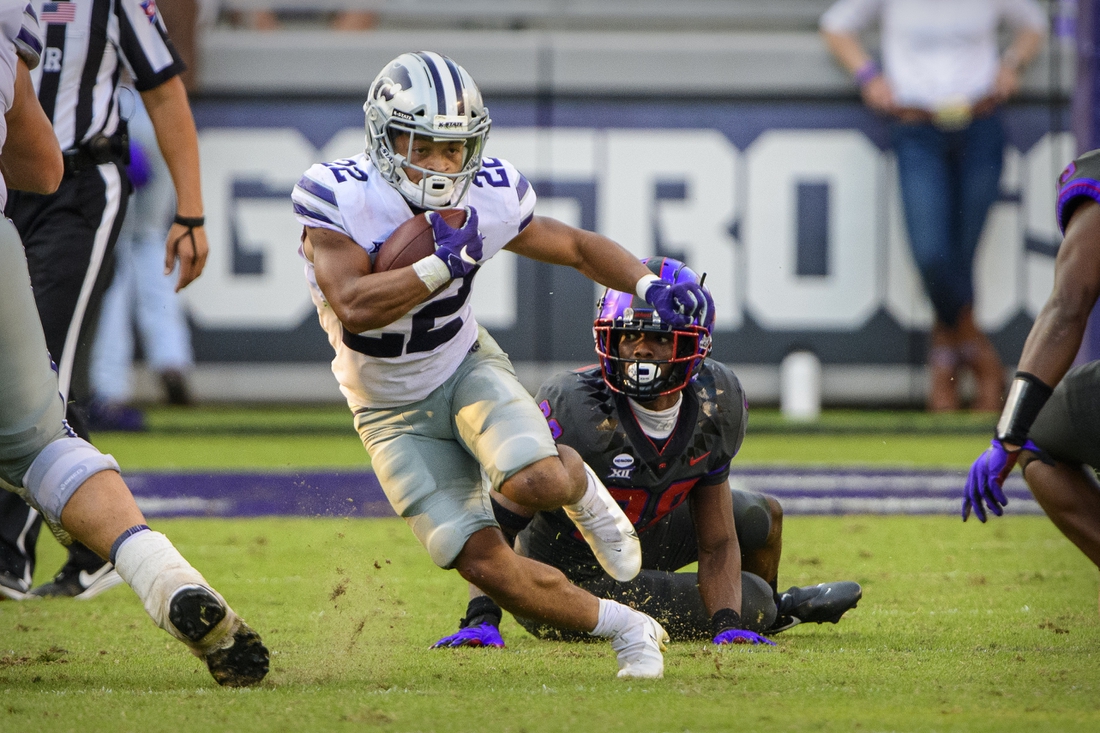 The best definition of a sports rivalry is when two teams are battling for the same piece of real estate in the standings. By that definition, Kansas and No. 20 Kansas State is not a rivalry.

But if you define a rivalry as a match-up of teams that play often and don’t like each other, then the Jayhawks’ game against K-State on Saturday definitely qualifies.

This will be the 110th consecutive season that the two schools have met in football, making it the third-longest uninterrupted series in FBS. If familiarity breeds contempt, there’s good reason for the hatred.

The two head coaches don’t have any animosity toward the other program. K-State coach Chris Klieman is in his second year in Manhattan, and he spent a year (1997) at Kansas as a grad assistant. Les Miles, the head man at Kansas, has only faced the Wildcats three times in his career (1-2). But that doesn’t mean they don’t understand the rivalry.

Before last year’s game, Miles said the rivalry ranks up there with any others he’s been part of, including Oklahoma vs. Oklahoma State (where he coached) and Ohio State vs. Michigan (where he played).

K-State appears to have the advantage on the field. K-State is currently plus-7 in turnovers, tied for third in the nation. On offense, the Wildcats are led by a pair of freshmen. Quarterback Will Howard became K-State’s first true freshman QB to win his first road start when he earned Big 12 Newcomer of the Week honors following a victory over TCU.

Running back Deuce Vaughn is one of only three players in the nation to eclipse 200 rushing yards and 200 receiving yards in 2020. It’s been a group effort on defense. A total of 13 Wildcats have tallied at least a half tackle for loss, while six players have at least one sack.

Kansas’ job got harder earlier this week when junior running back Pooka Williams, arguably the Jayhawks’ best player, opted out of the rest of the season.

“Today I made the very difficult decision to opt out of the rest of the season to be closer to my mother and family in Louisiana,” he tweeted. “Family and health are the most important things to me. Right now, I need to be with my mother, who is battling health issues.”

Without Williams, Kansas will rely on Velton Gardner. The sophomore from Dallas has run for 225 yards on 47 carries with two touchdowns.