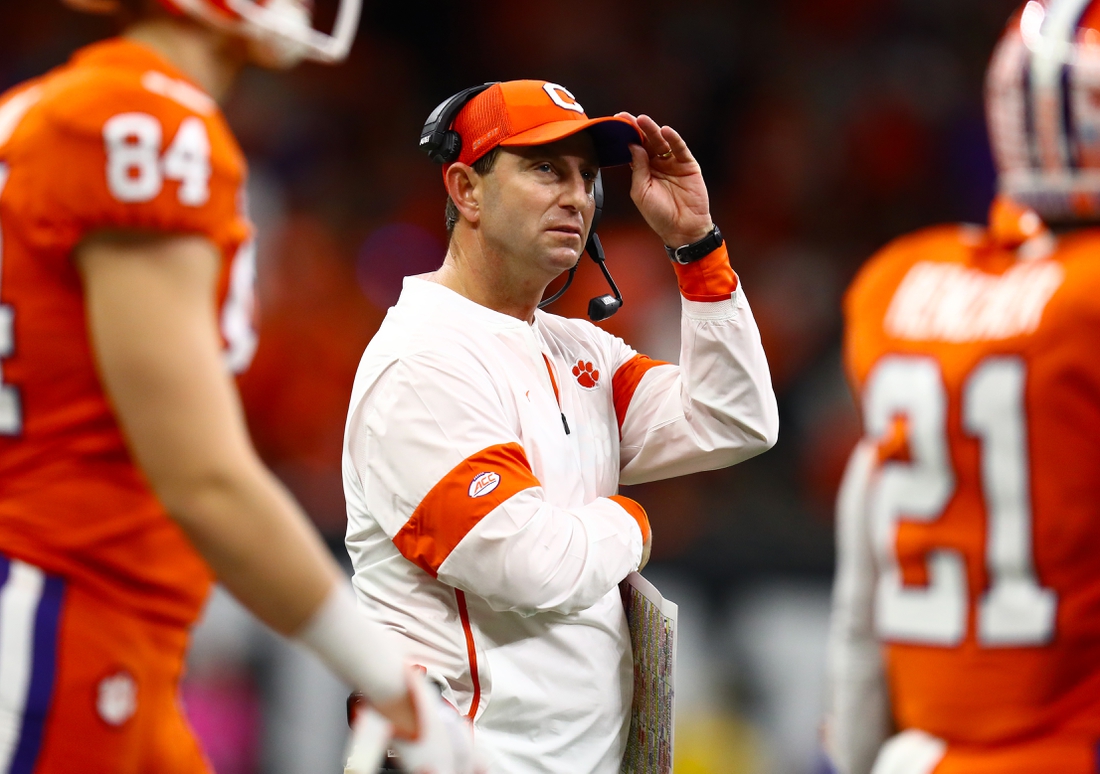 Dabo Swinney and Clemson agreed to a $1.25 million reduction in pay to assist the university as it faces significant financial losses because of the coronavirus pandemic, USA Today reported.

Swinney will give up $1 million he was scheduled to earn as a retention payment on Jan. 1, as well as a $250,000 raise that was scheduled to kick in the same day, per the report. A pay reduction previously had been disclosed, but USA Today reviewed the agreement between the school and Swinney after an open-records request.

Clemson assistant coaches who make $400,000 or more will have their pay cut by 10 percent. Swinney’s cut is about 13 percent.

The highest-paid coach in college football, Swinney was set to make $9.375 million during the 2021 fiscal year, which ends June 30.

Clemson gave Swinney a 10-year contract worth $93 million, the richest contract ever for a college football coach, in April 2019.

Football coaches around the country have taken pay cuts as cash-strapped athletic departments look for ways to slash spending amid revenue losses caused by the ongoing pandemic.

Many Division I athletic departments also have laid off or furloughed staff and cut sports that don’t generate revenues.

Swinney, 50, is in his 13th season as the Tigers coach and has a 131-31 record and two national championships.