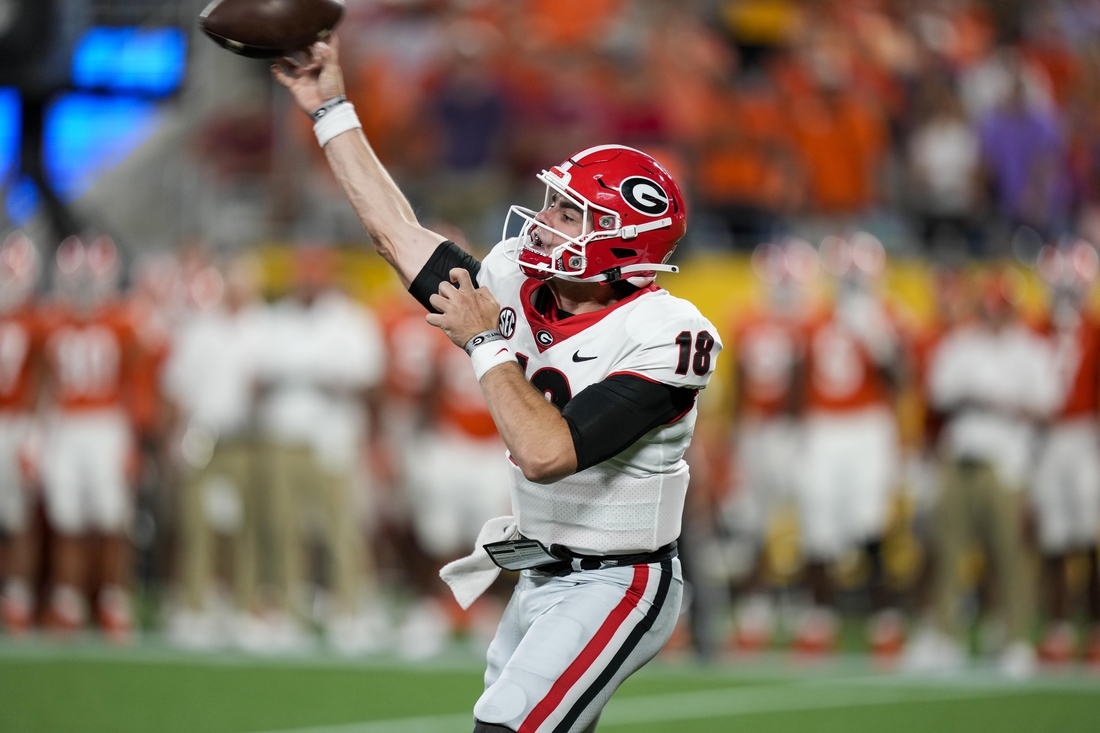 Rivals reported that Daniels had an oblique injury, while others confirmed it was an upper-body injury of some kind. It was unclear how he suffered the injury.

Daniels, in his second season with the Bulldogs following a transfer from Southern California, completed 22 of 30 passes for 135 yards and an interception in Georgia’s season-opening 10-3 win over Clemson last week. The win vaulted Georgia up to No. 2 in the Associated Press poll.

According to The Athletic, both Daniels and redshirt freshman Carson Beck took snaps with the first-team offense at Georgia’s practice Wednesday. Georgia coach Kirby Smart told reporters the day prior that Beck is No. 2 on the team’s depth chart.

The Bulldogs might be able to get away with giving Daniels the week off against UAB, likely the weakest FBS opponent on their schedule — though the Blazers are the defending Conference-USA champions and opened with a 31-0 win over Jacksonville State last week.