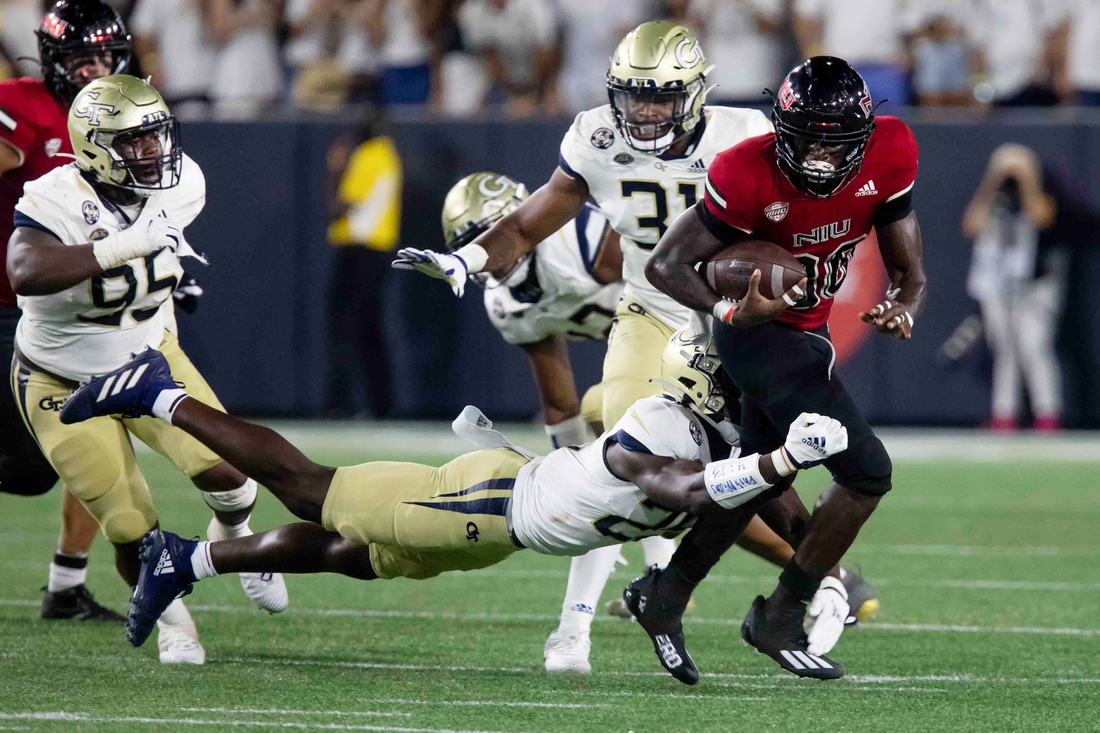 Lombardi threw a 3-yard touchdown pass to roommate Clint Ratkovich and the Huskies immediately went for two points and the win. Lombardi found Tyrice Richie along the back line of the end zone for the two-point conversion and the lead. The play was reviewed and the call stood.

Georgia Tech tried a 60-yard field goal from Gavin Stewart with one second left, but it was blocked.

Georgia Tech backup quarterback Jordan Yates scored on a 4-yard run with 6:32 remaining to give Georgia Tech a 21-14 lead. The go-ahead drive began when Wesley Walker caused Northern Illinois’
Harrison Waylee to fumble and Quez Jackson recovered for Georgia Tech at the 25. Three plays later Yates ran for the score.

The Yellow Jackets had tied the game on the previous possession when Dontae Smith scored on a 14-yard run on a fourth-and-1 with 7:44 remaining.

Georgia Tech lost starting quarterback Jeff Sims in the first half. He jammed his left shoulder into the turf while trying to recover a fumble, was taken to the locker room and returned to watch the second half in street clothes.

Northern Illinois scored late in the first quarter, driving 74 yards in eight plays, with the final 35 on a run by Waylee.

The Huskies upped the lead to 14-7 when Michigan State transfer Lombardi threw a 5-yard touchdown pass to Miles Joiner to complete a 12-play, 66-yard drive.

Georgia Tech finally got on the board when Kyric McGowan caught a 22-yard touchdown pass from Yates with 6:47 left in half.

Georgia Tech had won eight straight Saturday night games at Bobby Dodd Stadium, dating back a win over Clemson in 2011.