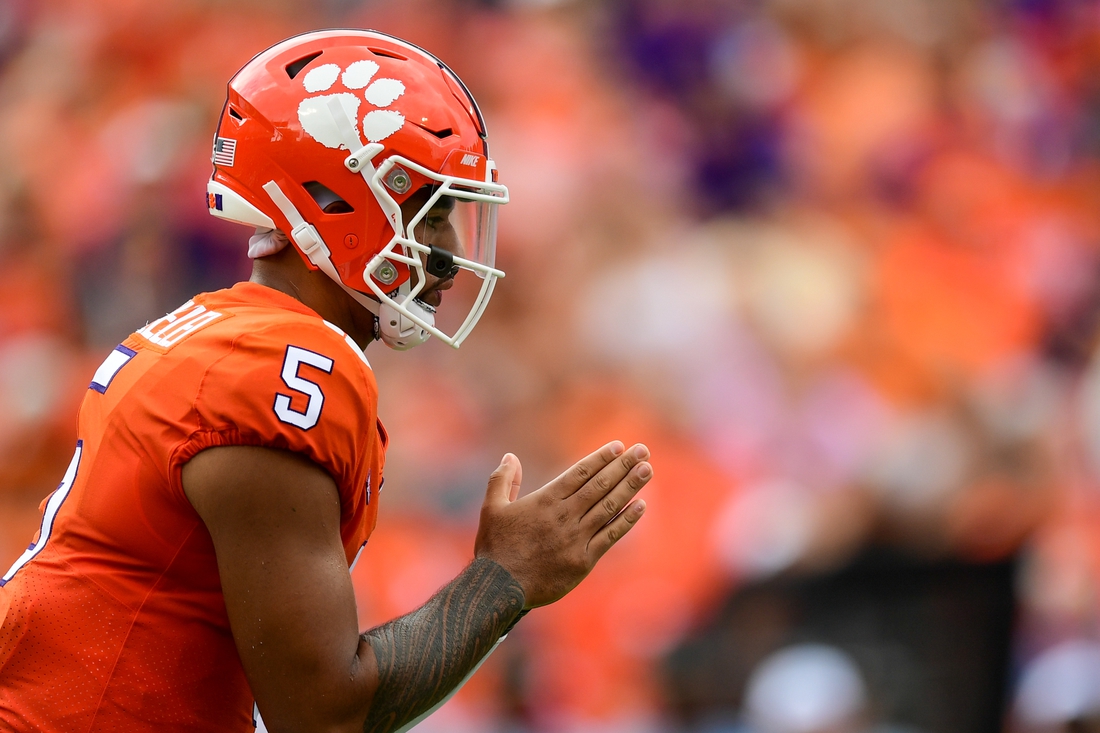 After a close call last week in a 14-8 victory against upstart Georgia Tech, No. 9 Clemson hopes to continue its recent mastery over North Carolina State Saturday in an early Atlantic Coast Conference Atlantic Division showdown in Raleigh, N.C.

Clemson has won 15 of its last 16 games against the Wolfpack, including eight in a row. The teams had played every year since 1971 until the series was suspended last season due to the COVID-19 pandemic.

Clemson outscored the Wolfpack 96-17 in their previous two games in 2018 and 2019, but the Tigers are only a 10-point favorite this week.

“We want to compete with everybody, particularly a team that’s won the league as many times as they have,” N.C. State coach Dave Doeren said. “They’ve got bragging rights. They’ve earned that.”

Clemson (2-1, 1-0 ACC) is built around a defense that returned nine starters, and that experience has been evident through the first three games. The Tigers have the only FBS defense in the nation that has not allowed an offensive touchdown this season.

It marks the first time that Clemson has not allowed an offensive touchdown in the first three games of the season since 1950, but Clemson coach Dabo Swinney is guarded about his team’s first true road game of the season.

“We’ve got a huge challenge this week going on the road against a very good N.C. State team,” Swinney said. “They’re complete. This has got to be one of the most experienced teams in college football. They play hard, they play tough.”

N.C. State (2-1, 0-0), which is coming off a 45-7 victory against FCS opponent Furman, has been led by quarterback Devin Leary, who has passed for 794 yards and six touchdowns against two interceptions.

Running back Zonovan “Bam” Knight is fourth in the ACC in rushing at 99.3 yards per game.

“Offensively their quarterback is a baller,” Swinney said. “He’s an excellent thrower, he’s athletic, he moves around, he can run well. They’re very physical in the run game with two great running backs.

“Their defense — they look like us on tape. They’re stingy; they’ve not allowed a rushing touchdown all year.”

Clemson, meanwhile, has struggled offensively following the departure of quarterback Trevor Lawrence and running back Travis Etienne to the NFL. The Tigers are averaging only 22 points per game — about half of what they averaged last season en route to a sixth straight ACC title and College Football Playoff appearance.

Quarterback D.J. Uiagalelei has struggled, completing only 59.3 percent of his passes with two interceptions and one touchdown. Freshman running back Will Shipley has had an instant impact with 168 yards and four touchdowns over the last two games, but senior backup Lyn-J Dixon on Monday announced that he’d be transferring from the program.

After last week’s uninspiring performance against Georgia Tech, the Tigers dropped to No. 9 in the polls, but Doeren isn’t buying major slippage from Swinney’s program.

“We’re going to celebrate who we are here, celebrate our fans and the city of Raleigh, what we have to talk about. I think sometimes you get too caught up in comparisons. The bottom line is we want to be the best we can be here, and to be the best N.C. State possible we have to go out, not beat us and play as hard as we can for each other, see where that puts us.”