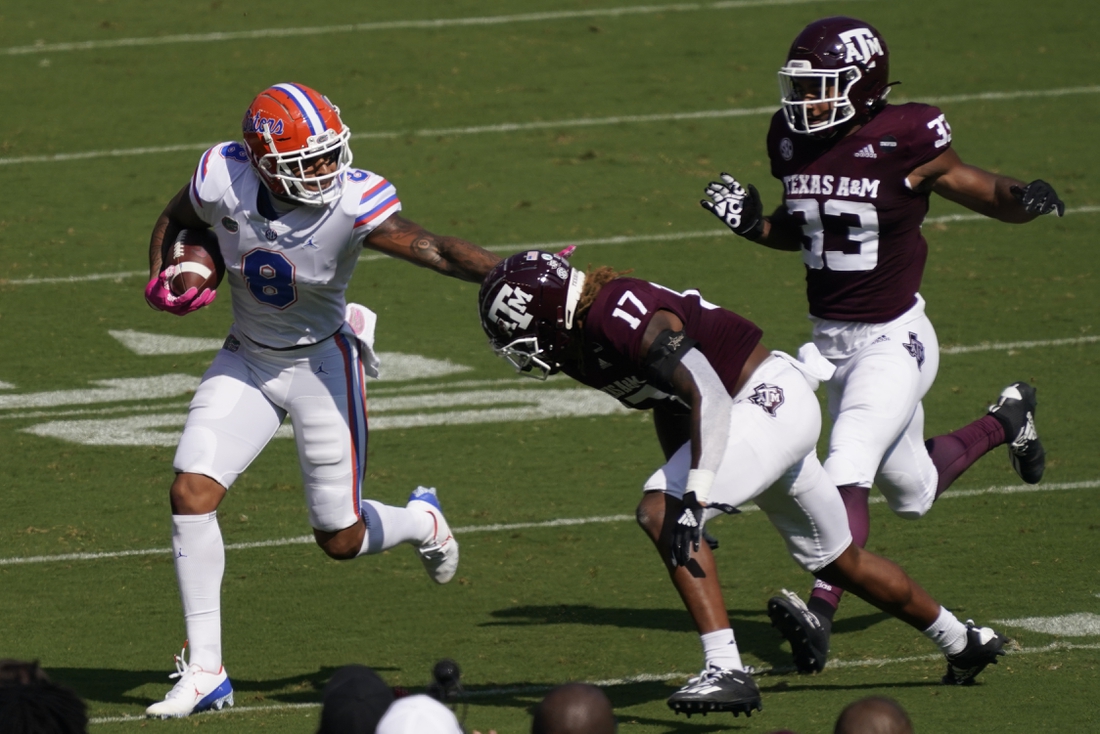 Seth Small connected on a 26-yard field goal as time expired to lift No. 21 Texas A&M to a 41-38 comeback win over No. 4 Florida on Saturday in College Station, Texas.

The Aggies (2-1) bounced back a week after sustaining a 52-24 blowout loss against Alabama to secure their first win over an Associated Press top 5-ranked team in the three-year tenure of coach Jimbo Fisher. Texas A&M had previously gone 3-8 against AP ranked teams under Fisher.

In a game in which neither team committed a turnover until the fourth quarter, the lone giveaway by the Gators (2-1) cost them the game.

With the game tied at 38 and 3:40 remaining, Aggies linebacker Buddy Johnson stripped Florida running back Malik Davis of the ball. Defensive lineman DeMarvin Leal recovered at the Gators’ 48, setting up the game-winning drive.

Texas A&M’s running game proved to be the difference as the Aggies totaled 205 rushing yards on the ground, led by Isaiah Spiller’s 174 yards and two touchdowns on 27 carries.

Florida’s offense had no trouble moving the ball throughout the game. Quarterback Kyle Trask completed 23 of 32 passes for 312 yards and four touchdowns with no interceptions.

But once again, the Gators defense couldn’t slow down an opponent.

Entering the game, Florida’s defense ranked 66th among the 75 FBS teams that had played in yards allowed per game (471.0).

Florida nearly came up with the decisive stop when it forced A&M’s lone turnover earlier in the fourth.

Trask threw his fourth touchdown pass – a 1-yard dump off to running back Dameon Pierce to give the Gators a 38-31 lead with 6:14 left.

The Aggies, however, answered quickly when Mond connected deep over the middle with Caleb Chapman for a 51-yard touchdown pass with 4:30 left. Chapman left the game after hurting his right knee on the play.