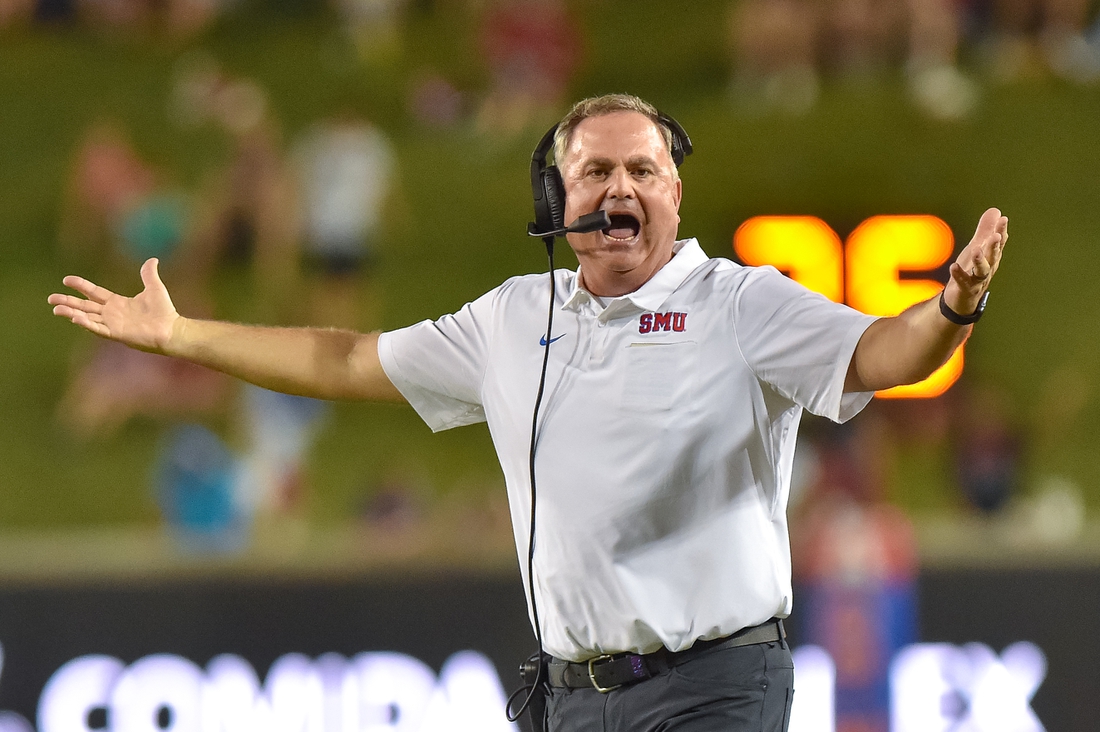 The teams are part of the opening weekend spotlight in a sparse college football slate Saturday when they meet in San Marcos, Texas.

“The first thing (Dykes) said when he came in was, I’m with you guys and I’m going to turn this program around,” senior linebacker Delano Robinson said. “We’re all going to make a big change at SMU. We’ve been moving forward ever since.”

Dykes, a former head coach at Louisiana Tech and California, has built a system known for a prolific passing game key to the turnaround at his previous stops. Former Texas quarterback Shane Buechele led the way for an offense that passed for 4,017 yards and 35 touchdowns last season.

SMU’s prolific passing game enabled it to overcome shortcomings on defense. It allowed 500-plus total yards in five of its last six games, but did lead the country with 51 sacks.

Creating pressure might not be as simple in 2020. The front seven of the defense has been rebuilt during the offseason.

The Mustangs defeated Texas State, 47-17, in the third game of last season and began the season 8-0.

“We have goals to win games and win (the American Athletic Conference),” Robinson said. “We’re all in this together.”

Saturday’s game will have a national TV audience on ESPN.

Both teams, like all others playing this fall, have dealt with COVID-19 protocols in getting ready to play. The Bobcats’ seating is limited to 25 percent of capacity or about 7,500 fans.

The Bobcats hope the next change that comes is the standard of success for the program. They have had five consecutive losing seasons, including a 3-9 finish last season.

Spavital, who has taken over play-calling duties this season, is looking for more balance after Texas State finished last in the Sun Belt Conference in rushing last season (76.8 yards per game and 2.8 yards per carry).

“I believe you’ve got to run the football to win championships and at least be a very balanced offense,” Spavital told the San Marcos Record. “I think our running backs are very good, so that’s something that we’ve got to make sure that we’re hatting everything up and we’re in the right positions offensive line-wise so these running backs can have success.”

Texas State settled on Brady McBride as its starting quarterback earlier this week. McBride, a transfer from Memphis, won a competition with incumbent Tyler Vitt.