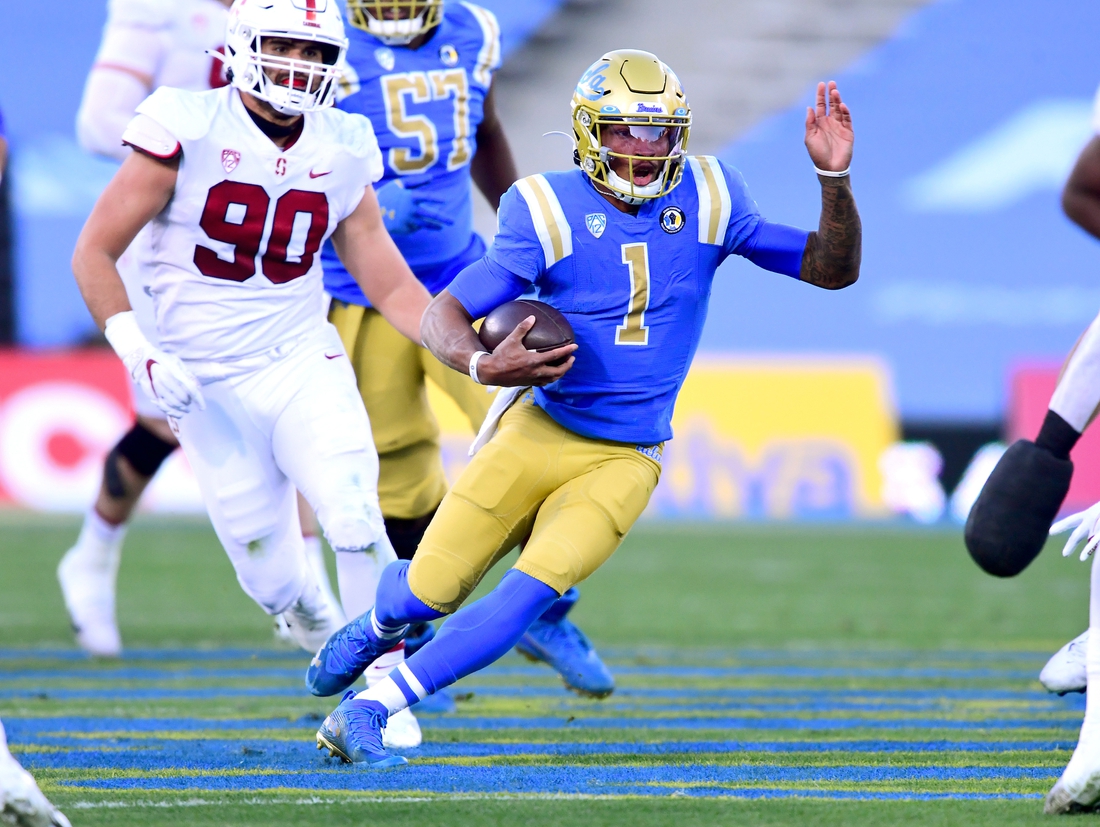 Simi Fehoko capped a record-setting performance with a touchdown reception in the second overtime, and Stanford’s defense stopped a potential game-winning two-point conversion attempt as the Cardinal escaped with a wild 48-47 victory over UCLA in Pasadena, Calif., on Saturday night.

Fehoko caught a school-record 16 passes for 230 yards and three touchdowns in the win, which was the fourth in a row for Stanford (4-2) after an 0-2 start.

The game was the season-ender for the Cardinal, who had announced previously they would not accept a bowl bid if one were offered.

Injury replacement Chase Griffin threw four TD passes for UCLA (3-4), including a 21-yarder to Kyle Phillips on a fourth-and-18 play in the second overtime with the Bruins down 48-41.

UCLA then opted to go for the two-point conversion and the win. After offsetting penalties nullified a Stanford sack on the Bruins’ first attempt, the middle of the Cardinal line stopped Bruins running back Brittain Brown one stride short on the game’s final play. Brown rushed for 219 yards for the game.

Davis Mills finished 32-for-47 for 428 yards and three TDs for the Cardinal. He also had three interceptions, including one that was returned 39 yards for a touchdown by UCLA’s Jay Shaw as part of the Bruins’ 31-point flurry that turned a 20-3 deficit into a 34-20 lead with just 5:39 remaining in the game.

But Mills was then able to cut the deficit in half with an 11-yard TD pass to Fehoko with 2:34 to play, after which the Cardinal caught a break when Stephen Herron forced a Griffin fumble that was recovered by Stanford’s Dalyn Wade-Perry at the Cardinal 25-yard line with still 1:43 to go.

Mills quickly drove Stanford to the game-tying touchdown, which came on a 21-yard connection with Fehoko with 18 seconds remaining in regulation.

Griffin, who came on late in the second quarter after starter Dorian Thompson-Robinson suffered a knee injury, went 9-for-11 for 127 yards and four touchdowns.

One of his TDs came to open the first overtime, a 21-yarder to Greg Dulcich, which Stanford was able to offset with Isaiah Sanders’ second rushing TD of the game, a 3-yarder.