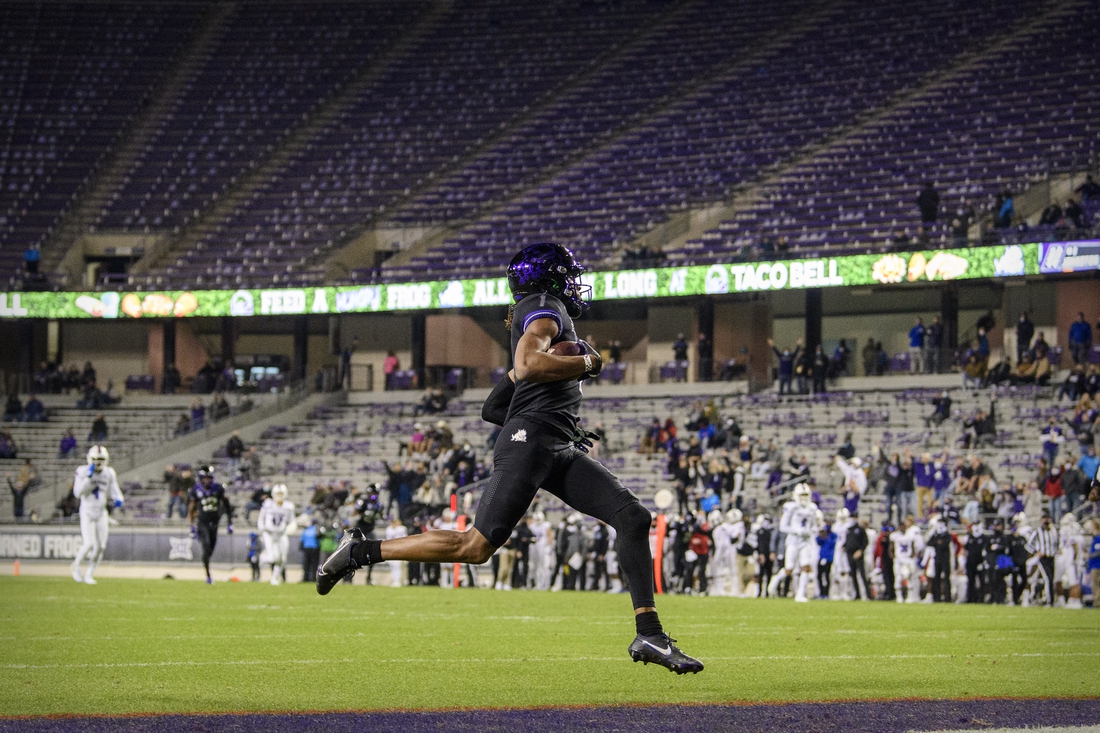 Zach Evans ran for 130 yards and two touchdowns on just seven carries, including a 75-yard score on the first play of the third quarter, as TCU roared past Louisiana Tech 52-10 on Saturday in Fort Worth, Texas, in the regular-season finale for both teams.

The game was not arranged until Dec. 2 and was the Horned Frogs’ only non-Big 12 Conference game. TCU was set to play SMU as its season-opener in September. but that game was first postponed and then canceled. Louisiana Tech lost four games to cancellations.

The Horned Frogs (6-4, 5-4 in Big 12 Conference) won five of their final six games and rushed for 333 yards on Saturday. Max Duggan passed for 160 yards and a touchdown and ran for another score for TCU, and Kendre Miller racked up 136 yards and two TDs on the ground in just five carries, highlighted by an 89-yard score in the waning minutes.

The loss snapped a two-game winning streak for Louisiana Tech (5-4, 4-2 in Conference USA). Luke Anthony passed for 161 yards and a touchdown before sustaining a horrific-looking right ankle injury late in the game. He had to be carted off the field.

TCU began the game with Griffin Kell’s 22-yard field goal at the 2:18 mark of the first quarter. Duggan scored on a 5-yard run on the Horned Frogs’ ensuing possession to move the lead to 10-0.

Duggan then hit Quentin Johnston on a 76-yard touchdown pass on TCU’s next offensive play, pushing the lead to 17-0 just 27 seconds into the second quarter.

Evans added a 4-yard scoring run at the 11:56 mark of the second period, before Johnston pushed the Horned Frogs’ halftime lead to 31-0 with a 1-yard run.

Evans opened the third quarter with his 75-yard run, racing untouched down the near sideline on the half’s first snap. Then Miller extended the lead to 45-0 with a 38-yard run at the 11:19 mark of the quarter.

Anthony connected with Griffin Herbert on a 13-yard touchdown pass early in the fourth quarter.