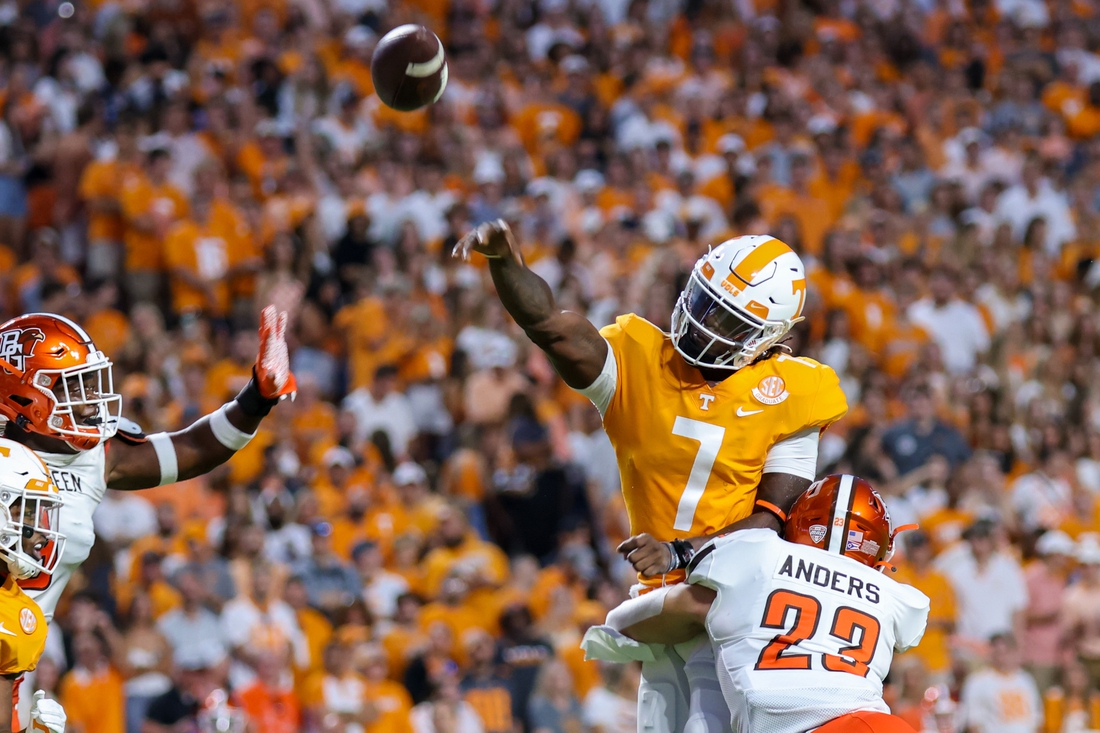 Tennessee rolls up 326 yards rushing in rout of Bowling Green

Milton, a Michigan transfer who beat out Virginia Tech transfer Hendon Hooker and holdover Harrison Bailey for the job, wasn’t quite as proficient in the air. Milton was just 11 of 23 for 140 yards, overthrowing a spate of deep passes before connecting with Cedric Tillman on a 40-yard score with 5:11 left in the game.

But the Volunteers were able to overpower the Falcons with their ground game. Jabari Small rushed for 116 yards and a score on 22 carries, while Tiyon Evans added 116 yards and a touchdown on 16 attempts. For the game, Tennessee outrushed its Mid-American Conference opponent 326-32.

Bowling Green stayed in the game for a half, using a short passing game to control the ball for long stretches of the second quarter. Matt McDonald hit 25 of 38 attempts for 187 yards, spraying his passes to eight different receivers.

The Falcons trailed only 14-6 at halftime as they got 42- and 50-yard field goals from Nate Needham, but never made much headway in the second half.

The Volunteers scored on their first two possessions on 4- and 1-yard runs by Milton and Small, respectively. Both drives lasted less than three minutes as Tennessee clicked off plays at seven-second intervals.

After halftime, the Volunteers found rhythm offensively with the running game. Milton’s 1-yard run just over two minutes into the third quarter made it 21-6 and Evans dashed in from 19 yards with 7:51 left for a 28-6 lead.

Chase McGrath converted a 43-yard field goal with 9:36 left in the game for Tennessee, which finished the night with a 471-219 advantage in total yards. The Volunteers earned 30 first downs to Bowling Green’s 11.

The Falcons, which were winless in five games last year, were flagged 11 times for 85 yards.