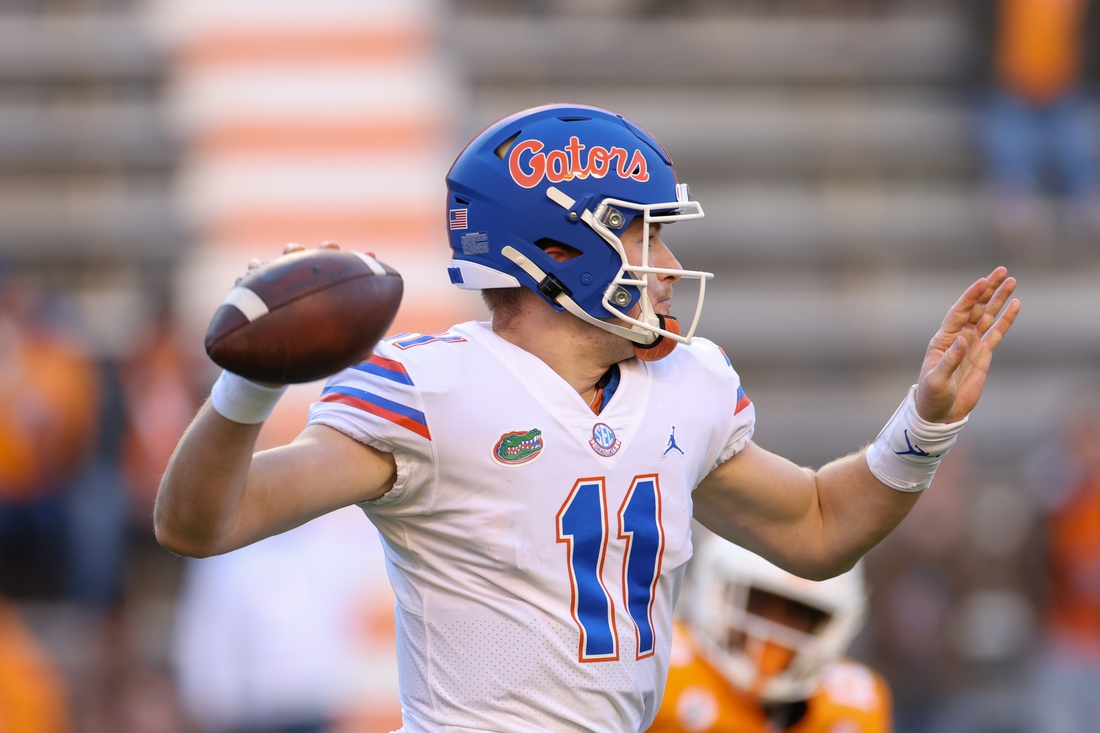 Florida Gators quarterback Kyle Trask appears to be closing in on the Heisman Trophy with two games remaining in his regular season.

Trask is the heavy favorite by sportsbooks, including DraftKings, where his odds have shortened to -125. The fifth-year senior is being backed by 36 percent of the handle and 14 percent of the total Heisman bets at the sportsbook.

Trask has thrown at least three touchdown passes in every game this season.

Mac Jones is the second betting favorite at +100, but only seven percent of the bets are backing the Alabama quarterback who will face Trask in the SEC Championship Game next week. That’s compared to Clemson’s Trevor Lawrence, the preseason favorite whose odds have lengthened to +1200 while missing a month of action due to a positive COVID-19 test and a canceled game.

Lawrence is still being back by 18 percent of the total bets at DraftKings despite having only the ACC Championship Game against Notre Dame between now and when the Heisman votes are submitted.

On the fringe of Heisman consideration is Ohio State quarterback Justin Fields. The second preseason favorite behind Lawrence, Fields’ odds have lengthened to +2500 with the Buckeyes’ scheduled ravaged by COVID-19 issues. However, his odds did not lengthen further in the hours after Ohio State’s game against Michigan was canceled on Tuesday.

Fields has been passed by Ian Book (+1600), although the Notre Dame quarterback is being backed by only seven percent of the total bets and four percent of the handle – lowest among the five.