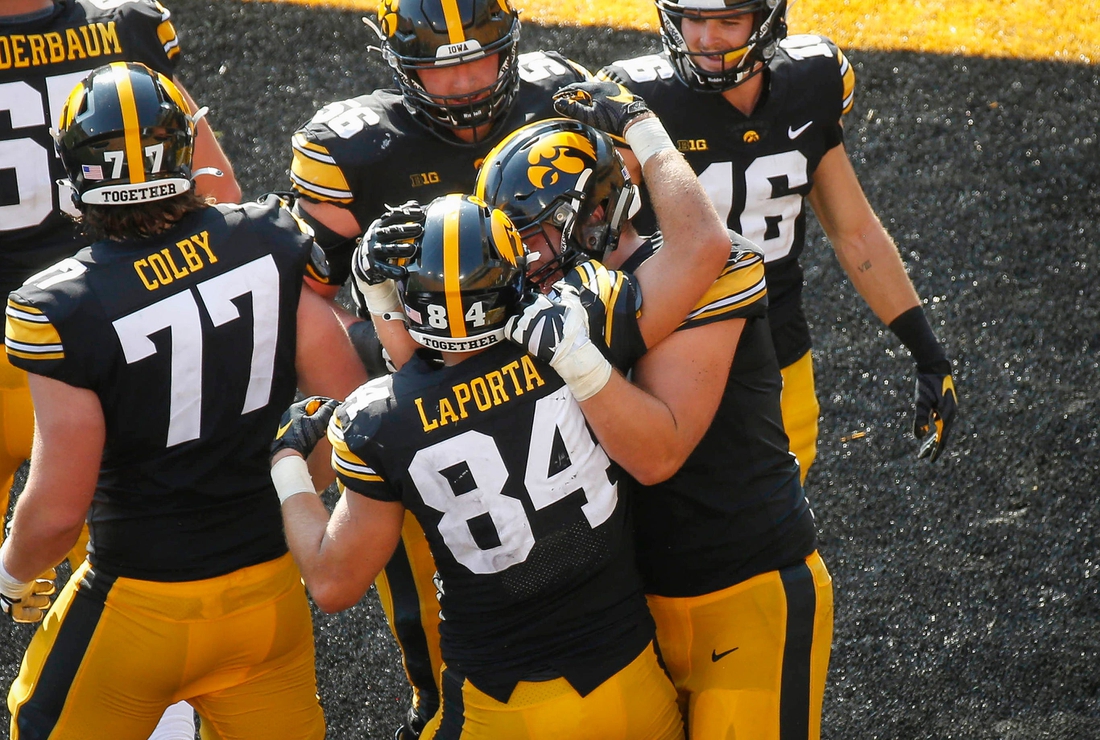 Tyler Goodson ran for 153 yards, a 7.0 average and three touchdowns to lead the Hawkeyes (3-0), who have won nine straight games dating to last season.

Iowa quarterback Spencer Petras completed 25 of 36 passes for 209 yards and one touchdown with no interceptions.

Iowa’s defense started the scoring as a 15-yard sack by Lukas Van Ness resulted in a first-period safety.

The Hawkeyes took the ensuing kick and scored on a pitch to Goodson for a 46-yard run through a huge hole on the left side to make it 9-0 with 6:34 left in the quarter.

Kent State got on the board on its next possession, converting a third-and-6 play with a 23-yard touchdown pass to Abram. Of the 75 yards traveled in that drive, 71 came on two throws to Abram.

But the Hawkeyes took a 16-7 lead into halftime lead on the dominating 20-play drive that chewed 8:38 off the clock. On third and goal from the 5-yard line, Petras hit Sam LaPorta, who barely got the ball over the end line for the touchdown.

On the first one, Kent State reached Iowa’s 35 before Crum threw incomplete on fourth-and-8.

Kent State then drove 76 yards on 15 plays, but Bryan Bradford fumbled as he tried to extend the ball into the end zone. Riley Moss recovered the fumble in the end zone, and Jack Campbell was credited with the force.

Iowa then drove 80 yards on 11 plays, scoring on Goodson’s 35-yard run — again to the left side — with 32 seconds left in the third. Goodson’s score came on a third-and-9 play.

The Hawkeyes capped the scoring on Goodson’s 2-yard run with 4:07 left in the game.