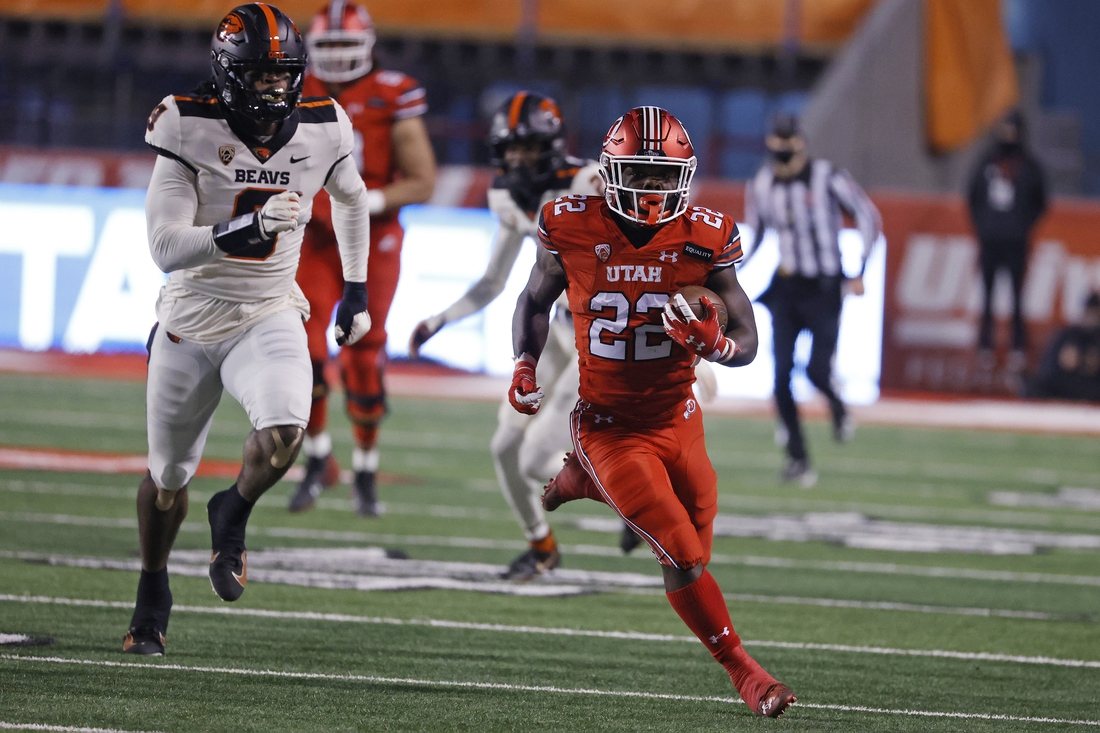 Britain Covey caught a touchdown pass and returned a punt 64 yards for a score, and Ty Jordan ran for 167 yards and a touchdown to lead Utah to a 30-24 win over visiting Oregon State on Saturday night.

The Utes, playing for just the third time this season, got their first win after a crushing loss at Washington last week and not being able to play a game the first two weeks of the Pac-12 season.

Then Nolan zipped a pass between two defenders into the hands of Kolby Taylor for a 21-yard touchdown with 5:07 to play, making it a six-point game.

A fourth-down stand with 2:58 to play gave Oregon State a chance to take the lead, but the Utes’ defense stuffed the Beavers on fourth-and-short at the Utah 32 and got the ball back to run out the clock with 1:40 left. Then Oregon State got one more opportunity at a win, but the drive stalled with 21 seconds left.

The Beavers, coming off a confidence-boosting win over archrival Oregon last week, hung tough in the first half, allowed to stay in the game because of the Utes’ missed opportunities at touchdowns in the first half.

Utah’s first three possessions ended in field goals, the first drive after quarterback Jake Bentley missed tight end Brant Kuithe, who was wide open near the end zone. The second possession came after an interception, and Utah couldn’t get six points despite starting at the Oregon State 10.

Bentley did engineer a 75-yard touchdown drive in the second quarter, but the Beavers answered with a touchdown of their own after a personal foul penalty on third down set up Oregon State at the Utah 2-yard line.

Sophomore Chance Nolan got the start in place of Gebbia and completed 20 of 38 passes for 202 yards. Linebacker Avery Roberts was in on a game-high 21 tackles.