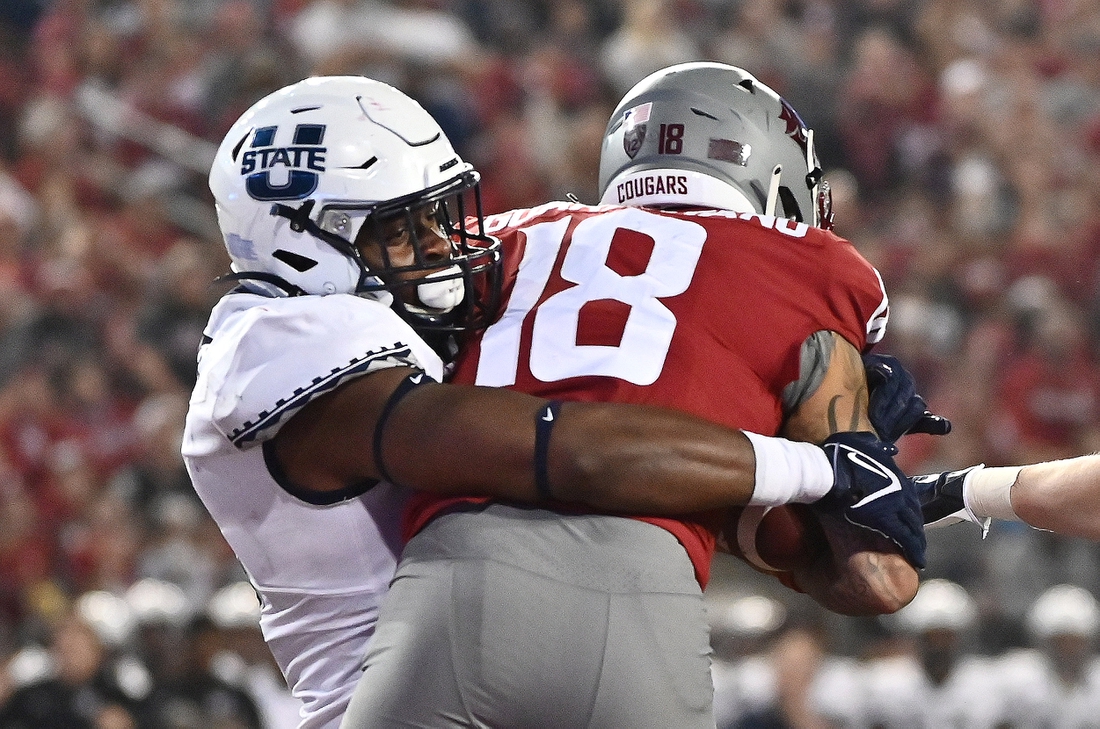 Utah St. rallies from 12 down late to stun Washington St.

Logan Bonner threw a touchdown pass with 11 seconds left as visiting Utah State rallied from a 12-point deficit with less than 5 1/2 minutes remaining for a 26-23 victory against Washington State on Saturday night.

The Aggies were kept out of the end zone until Calvin Tyler Jr.’s 2-yard touchdown run with 5:25 left in the non-conference game. Tyler finished with a team-high 84 yards rushing.

Utah State’s defense forced a three-and-out on the Cougars’ next possession, and Bonner guided a 78-yard drive for the winning score, connecting with Deven Thompkins on the winning 7-yard strike.

Bonner, a transfer from Arkansas State, completed 17 of 24 passes for 143 yards, with one touchdown and one interception. The Aggies also used Andrew Peasley, who was 6-of-12 passing for 76 yards and added 43 yards rushing.

WSU’s Max Borghi rushed for a game-high 86 yards, including a 64-yard touchdown early in the third quarter.

Jayden de Laura threw a 12-yard touchdown pass to Donovan Ollie later in the quarter to give the Cougars a two-score lead.

But Guarantano suffered an apparent left knee injury when sacked for a safety by Utah State’s Patrick Joyner Jr. with 11:08 left in the second quarter to give the Aggies a 5-3 lead.

de Laura took over and led the Cougars on a late scoring drive, with Janikowski kicking a 26-yard field goal with 54 seconds left in the second quarter to give WSU a 6-5 lead at the half.