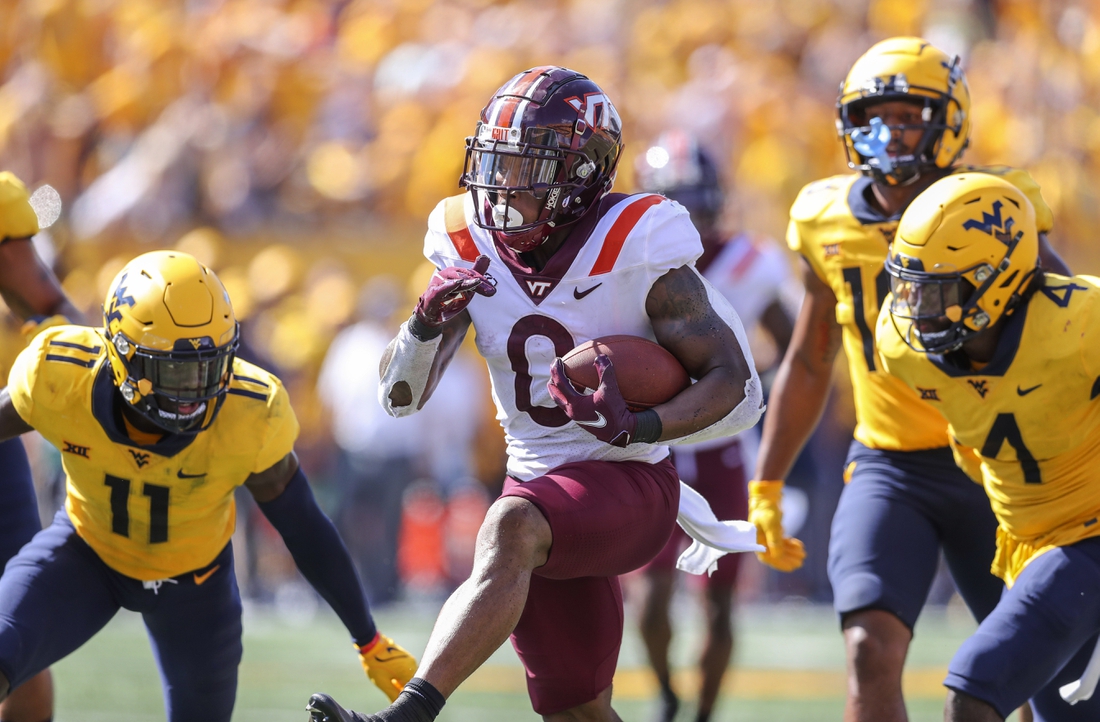 Virginia Tech aims to bounce back from its first defeat of the season when it hosts Richmond on Saturday at Blacksburg, Va.

Fuente is a former quarterback at Murray State and assistant coach at Illinois State, so he carries a high amount of respect for the FCS level.

“I spent two years playing and six years coaching at that level,” Fuente told reporters. “I get it, man. You get good players and guys that are together and a good scheme, you have a chance to do some special things.”

The Hokies battled back from a 20-point, third-quarter deficit and had a chance for a go-ahead score. But quarterback Braxton Burmeister’s pass on fourth-and-goal from the West Virginia 3-yard line was incomplete with 45 seconds left, and the Mountaineers ran out the clock.

Burmeister passed for season highs of 223 yards and two touchdowns in the loss. Overall, he has thrown for 534 yards, four touchdowns and one interception.

Cornerback Jermaine Waller is tied for the FBS lead with three picks.

The Spiders began their season with wins against Howard and Lehigh before falling 34-27 at Villanova last Saturday.

Richmond held a 27-13 lead before the Wildcats scored 21 points over the final 5:01 to score the victory.

Quarterback Joe Mancuso passed for 244 yards and two touchdowns against Villanova. Overall, he has 668 yards, six touchdowns and two interceptions.

The Spiders’ defense is led by linebackers Tyler Dressler and Tristan Wheeler. They share the team tackle lead at 25.

Richmond coach Russ Huesman understands the depth factor when matching up with a big-time program, so he is concerned about special teams.

“In the kicking game, the field expands,” Huesman told the Richmond Times-Dispatch. “What happens is, all of a sudden any time that you’re kicking the ball, you’re playing 100 yards of field. I can’t run (my defensive starters) down on every kicking unit. I just can’t do it.”