Every week, Sports Handle will look at NFL lines, specifically “lookahead lines,” to see how they’re moving and why. Lookahead lines are those posted one week prior to a game or even before the season has begun, as CG Technology does.

By comparing changes between current lines and the numbers hung a week or days earlier, we can get a sense of where recency bias or overreactions are seeping in.

We’ll highlight the significant shifts, look for value and suggest when it’s a good idea to get behind or stay away from certain teams. Here’s a look at the Week NFL 8 line moves and what it means to bettors. (Note: odds indicated based on current numbers at several Las Vegas sportsbooks.) 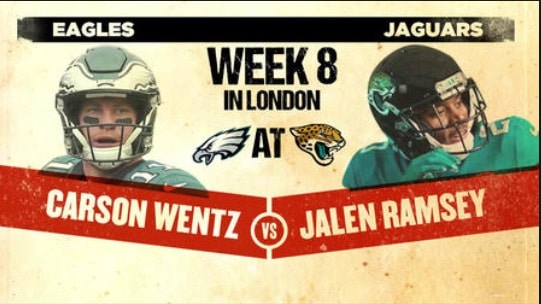 This line had remained steady up until this week when the perception of the Jaguars changed. CG Technology made the line a pick ’em back in May when they released numbers for every NFL game. Last week, the line remained there when the SuperBook released its early lines.

However, after the Jaguars got blown out for the third game in a row at home against the Texans, the number opened at Eagles -3 and that’s where it stayed as of Wednesday. The Eagles blew a 17-point fourth quarter lead last week at home to the Panthers to fall to 3-4 on the season, but the Jaguars present a more worrying picture. Jacksonville’s defense has taken a step back, separate from the struggles at quarterback. Blake Bortles was benched mid-game against Houston in favor of Cody Kessler. Jags coach Doug Marrone is going back to Bortles for the start this week but he’ll be on a short leash again.

These squads are meeting in London and the fact that the Eagles have moved off a PK to -3 in one week shows that oddsmakers are losing faith in the Jaguars. But Philly is also just 2-5 ATS, so while people are down on the Jaguars, there’s some value with them getting three points in this matchup.