Also check out our NFL “Lookahead Lines” story, finding value (or not) by comparing earlier lines, and identifying recency bias.

Back to the college game… 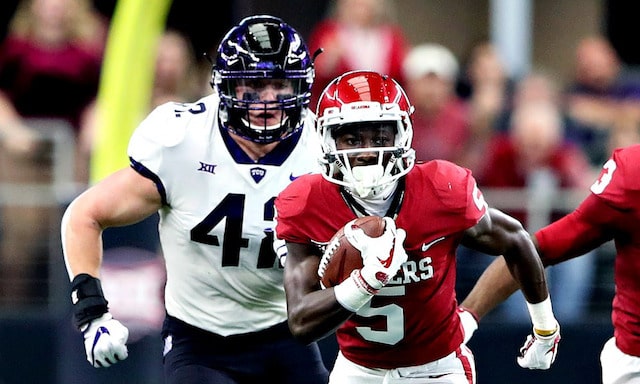 It seems like everyone in the world is on Oklahoma this week. I usually try to stay away from games like that but sometimes you just have to ride the public wave to the window and cash the ticket.

This is such a great spot for the Sooners. Oklahoma is coming off a bye and finally fired “defensive” coordinator Mike Stoops. Ruffin McNeill will take over a defense that faces a struggling TCU offense. The Horned Frogs have lost three of their last four games and have scored more than 17 points just once over that span.

TCU is only 2-4 ATS as a home dog in its last six games and 2-7 ATS overall in its last nine. Oklahoma has won four straight over the Horned Frogs with the average margin of victory of 12.2 points.

I’ll take the Sooners to pull away in this game and cover the eight points.

Speaking of good spots, Kentucky finds itself in one this week. The Wildcats are coming off a bye, while Vanderbilt is playing for the eighth straight week and must rebound from a tough loss to Florida where they blew a 21-3 lead.

Kentucky has a major edge here with their rushing offense going against a Vandy defense that’s allowed an average of 257 rushing yards over the last four games. That will be a big problem when facing Kentucky RB Benny Snell and his 5.5 yards per carry.

Vanderbilt quarterback Ke’Shawn Vaughn was injured last week but is expected to play on Saturday. Kentucky has been strong on defense this year holding opponents to 116 yards below their opponents’ season average.

Vanderbilt has been a great fade in conference play going 1-10 ATS in its last 11 games versus SEC opponents. This line opened 10.5 at the SuperBook and moved to 11 where it is at most books as of Wednesday. Kentucky’s five wins this year have all been by 11 points or more. I’ll call for another double-digit victory here.es not used to seeing that offense, especially when I’m getting points (a dozen of ’em).