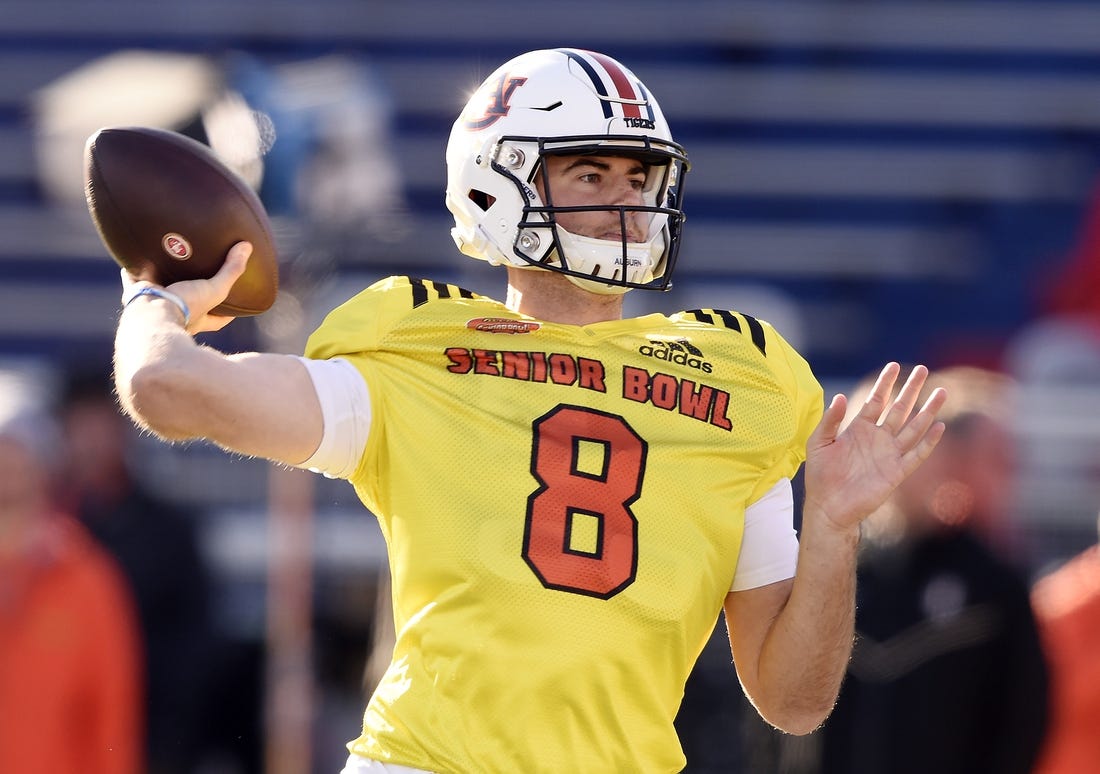 Jarrett Stidham became the 10th quarterback drafted by the New England Patriots since the franchise selected Tom Brady with the 199th pick in 2000.

Stidham, 22, was a two-year starter at Auburn after transferring out of Baylor during the program's sexual assault scandal. He passed for 36 touchdowns and 5,952 yards in 27 games with the Tigers. The Patriots drafted him 133rd on Saturday and the fourth-round pick will be under contract for four years. He left school with one year of eligibility remaining.

"He's like a coach on the field. From a coach, you're on the sideline, and you trust the guy, you give him more freedom," Auburn coach Gus Malzahn said.

Brady, 42, is in the final year of his contract but says he's not near retirement. Backup quarterback Brian Hoyer's contract also expires after 2019.

Stidham completed 64.3 percent of his passes and averaged 8.5 yards per attempt. He's regarded as a heady passer who fits best in a pro-style system at 6-2, 218 pounds.