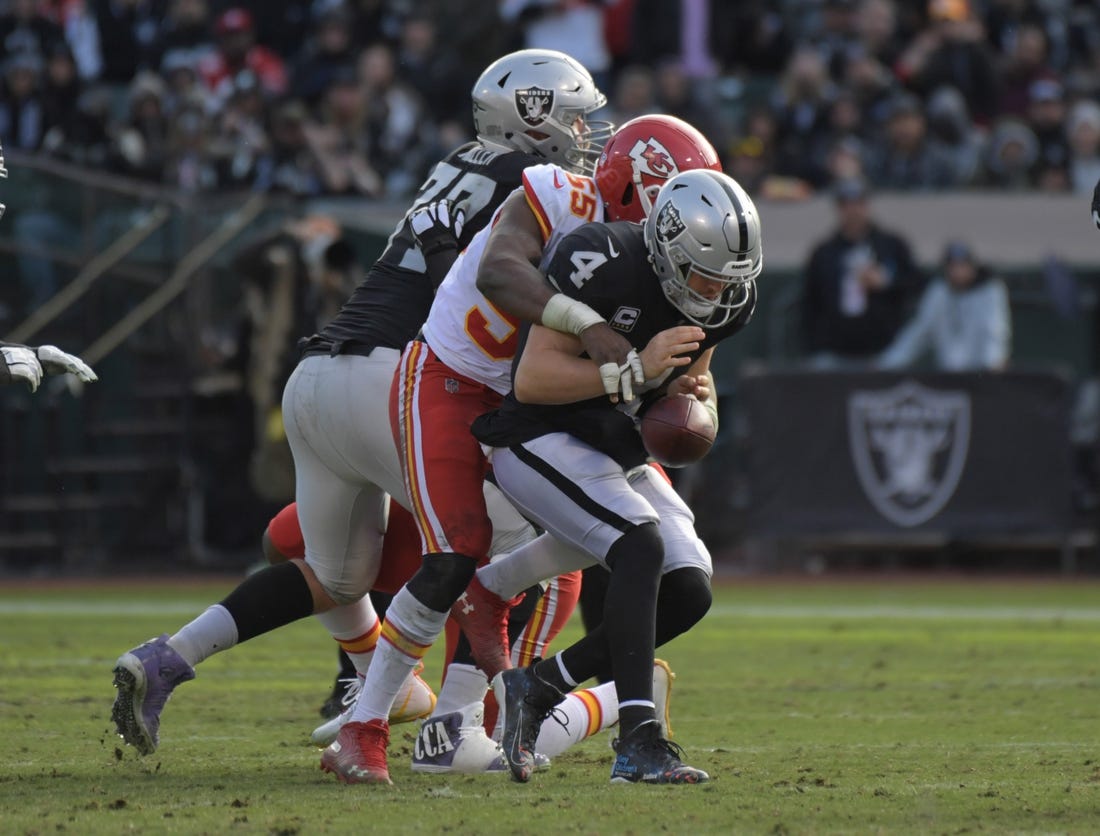 The Kansas City Chiefs on Tuesday agreed to trade pass-rushing linebacker Dee Ford to the San Francisco 49ers for a 2020 second-round pick, according to multiple reports.

Just last week, the Chiefs put a franchise tag on Ford, though reports indicated a deal was in the works.

A source told ESPN that Ford is expected to receive a multiyear deal in the range of five years, $87.5 million from the 49ers. The deal will become official on Wednesday, when the new league year begins.

Moving Ford seemed inevitable after the Chiefs decided to switch from a 3-4 base defense to a 4-3 under new coordinator Steve Spagnuolo. An undersized defensive end didn't exactly seem to be the right fit.

"Still kind of assessing that," Spagnuolo said in February when asked about Ford. "The one thing he can do, and we all know this, he is an explosive football player that makes a lot of plays. He's had some production and if he is here with us, I'll be excited to have him and be excited to work with him."

Ford has 30.5 career sacks in five seasons, all with the Chiefs, including a personal-best 13 in 2018, when he attained career firsts by starting all 16 regular-season games and being selected to the Pro Bowl. He also forced a league-high seven fumbles.

On Sunday, the Chiefs released veteran linebacker Justin Houston, leaving them without their top two pass rushers from last season.